"When my name goes on that building, I want it to represent not me, but the entirety of Vietnam veterans, and all the returning veterans of World War II and Korea,” Carl Nunziato said.
Sep 24, 2020 2:06 PM By: Mahoning Matters staff 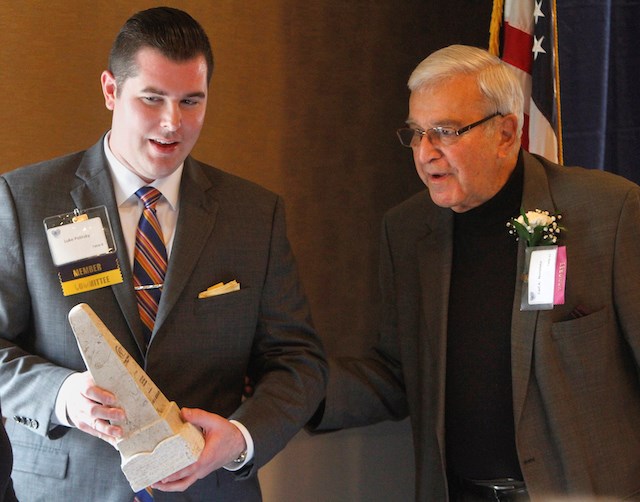 WASHINGTON — The U.S. House of Representatives on Wednesday passed H.R. 5023, which would name the Department of Veterans Affairs’ community-based outpatient clinic in Youngstown the Carl Nunziato VA Clinic.

Construction on the clinic is set to finish in late October.

“Today is a red letter day in my book because, in the midst of all that is going on nationally, Congress can still put its differences aside to take time and recognize a true American hero: Mr. Carl Nunziato,” U.S. Rep. Tim Ryan, D-13th, said in a news release. “The naming of this clinic is a small measure in comparison to what he has accomplished on behalf of our country's heroes and for those with disabilities.”

The bill now moves to the Senate.

"When my name goes on that building, I want it to represent not me, but the entirety of Vietnam veterans, and all the returning veterans of World War II and Korea,” Carl Nunziato said in the release. “Together, we paved the way not just for veterans with disabilities, but for all Americans with disabilities.”

Nunziato was born in Youngstown in 1938 and graduated from Rayen High School. After marrying his high school sweetheart, Clara, he attended college at Youngstown University. Through the university's Reserve Officer Training Corps program, Nunziato earned a commission as a second lieutenant in the U.S. Army and served in the Vietnam War. On Nov. 22, 1966, he lost both of his legs when an enemy mortar round hit less than 3 feet away from him as he was running toward his unit's command center.

Nunziato returned to Youngstown, enrolled in law school at Case Western Reserve and, after graduation, began yet another battle: the fight for veterans — and all Americans — with disabilities. He created a committee to fight for veterans with disabilities and became an advocate on behalf of all of those with the same conditions. He played a critical role in bringing a VA outpatient clinic to Youngstown and helped build the Veterans Resource Center at Youngstown State University.