Volatile Valley: What's going on with Lordstown Motors' stock and why should you care?

Some internet day-trading die-hards are trying to hold up RIDE as a “meme stock” — an investment into a struggling company like GameStop or AMC, whose stocks made headlines earlier this year for their bleak outlooks followed by meteoric rises led by retail-trading denizens of the Reddit board WallStreetBets.
Jun 10, 2021 3:52 AM By: Justin Dennis 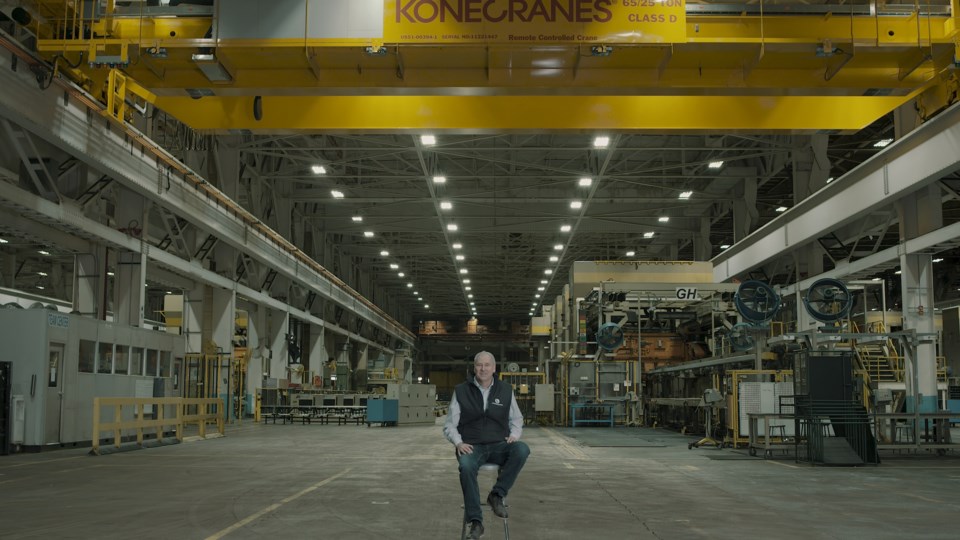 LORDSTOWN — Following Lordstown Motors on the NASDAQ has been quite the RIDE lately — and likely not a thrill-ride for those expecting the company to survive.

Lordstown Motors Corp. stock (NASDAQ: RIDE) on Wednesday made it back into the green after its late-day drop on Tuesday, spurred by a “going concern” notice issued by the company. The confidence boost appeared to coincide with an afternoon report from Reuters indicating the company is in talks for new funding.

"We are debt free, have significant tangible assets and multiple viable avenues to raise capital including asset-backed financing, equity, equity-related or debt financing, loans, as well as potential strategic investments over the longer term," the company told Reuters. "We are already in active conversations with multiple parties to do so."

It isn’t the first time the company has mentioned pending capital negotiations.

CEO Steve Burns, during a May investors call, when asked whether Lordstown Motors may consider selling itself to reach its capital goals, said the company is in preliminary talks with "large strategic investors that would, of course, bring something more than funding."

In it for the memes

Some internet day-trading die-hards are also trying to hold up RIDE as a “meme stock” — an investment into a struggling company like GameStop or AMC, whose stocks made headlines earlier this year for their bleak outlooks followed by meteoric rises led by retail-trading denizens of the Reddit board WallStreetBets.

“The pickup truck market is huge and them releasing production models they would be a step ahead of Tesla themselves and other competitors,” wrote one WallStreetBets user who claims to own 14,000 shares of RIDE, 9,000 of which were picked up Wednesday after the stock had rebounded from its Tuesday plunge.

“Just look at [electric vehicle-maker Fisker Inc.] that has a value of $5 billion with not even a test model. Also with [President Joe Biden] pushing for the EV market it would make sense that he supports Lordstown Motors.”

It's been a downhill year for its investors.

Shares of Lordstown Motors (NASDAQ: RIDE) have fallen 9 points, or 45 percent, year-to-date, mostly in the months since a report cast doubt on the demand for its all-electric pickup truck, the Endurance.

Responding to the RIDE bull above, another WallStreetBets user called the company “Fraudstown.”

Many investors cashed in their chips Tuesday, after the company disclosed its “going concern” notice to investors — signaling that the company is struggling and that its investors are at-risk — and reiterated its lack of funding to reach commercial production of the Endurance next year.

RIDE is one of the top 20 most-shorted stocks right now, according to MarketWatch, with about 31 percent of its 111 million available shares currently being shorted.

Incidentally: The No. 1 most-shorted stock, according to MarketWatch? It’s Workhorse Group (NASDAQ: WKHS), a Cincinnati-based electric vehicle maker co-founded by Burns, which owns a 10-percent equity stake in Lordstown Motors.

But Redditors love an underdog. It’s in those shorts the “buy the dip” crowd sees money-making potential.

What is short selling?

“Shorting” a stock is when a trader borrows a stock then sells it, expecting to buy it back after it’s lost value. If the stock fails, short sellers make money. What bullish Reddit traders who catapulted GameStop’s stock more than 700 percent in just one week in mid-January are counting on is what’s called a “short squeeze.”

That happens when too many of the stock’s available shares have been shorted. When a stock’s price rises, its short sellers are losing money. To get out of their bad bets, they have to buy more shares to cover the shares they borrowed. Sometimes, there’s not even enough shares for them to buy back, and they're trapped. This creates a feedback loop, as the Associated Press reported, driving a stock’s price “to the moon,” a term often punctuated by rocket ship emojis.

One of Lordstown Motors’ short-sellers is Hindenburg Research, the market research firm that alleged the electric vehicle company's book of 100,000 purported pre-orders was largely fictitious and that it wouldn’t meet its September production goal.

For those keeping score at home, a week after Hindenburg’s report, CEO Steve Burns walked back an earlier claim that the company had “very serious orders” for the Endurance — recategorizing them as “non-binding letters of intent” in a CNBC interview — and during the May investors call announced it’s halving its first late-September run of the Endurance to 1,000 units and that the company would need additional capital to reach commercial production.

“You realize that all it takes is for people to buy and hold,” wrote another Redditor on the Lordstown Motors subreddit. “The company could be going bankrupt and the stock price should have no reason to go up, but as long as people buy and hold we can control the market how we see fit. This market is more emotional than ever before.”

Some Redditors believe Tuesday’s report on Lordstown Motors’ cash crunch — first reported by the Wall Street Journal — was a ploy floated by short-sellers looking for RIDE to drop off quickly, so they can dump their short positions before the stock starts gaining and they start losing money.

Others think Lordstown Motors’ recent addition to the Russell 3000 stock market index — which takes effect right after the startup’s upcoming investors' open house the week of June 21 — could bring in a new wave of institutional investors and further drive up the stock’s price.

Some WallStreetBets posters said Lordstown Motors’ Redditors are “deluded” about the company’s viability or are cult-like.

Regardless, a Forbes contributor on Wednesday cautioned traders against shorting RIDE right now.

“Should they decide to coordinate their efforts to buy Lordstown … Redditors could cause a short squeeze which would drive up its shares. From there Lordstown could sell stock and raise the capital it needs,” wrote Peter Cohan.

“I think selling short … is an effective way to profit from a company that is headed for bankruptcy,” Cohan continued. “However, a short squeeze along the lines of what happened with GameStop and Clover Health strikes me as possible with Lordstown.”

In Lordstown Motors’ Tuesday filing with the U.S. Securities and Exchange Commission, the company told investors its need for new financing created “substantial doubt” that the company could continue “as a going concern” or be able to manufacture the Endurance in 2022 and beyond.

Shares of Lordstown Motors (NASDAQ: RIDE) quickly plummeted more than four points in the last half-hour of trading, to close at $11.22 per share, down nearly 20 percent from its Tuesday open of $13.82 per share.

The stock on Wednesday bounced back to close at $11.23 per share.

Though Lordstown Motors has long been heralded as a crown jewel in the Mahoning Valley’s efforts to rebrand the Rust Belt community as a vehicle electrification hub, its volatile outlook has instilled doubt.

As traders try their best to game the system for profit, the company’s potential infusion of local new-collar jobs hangs in the balance.

But U.S. Rep. Tim Ryan of Howland, D-13th, on Wednesday reminded that Lordstown Motors isn’t the only good thing going for Voltage Valley.

“Undoubtedly, the news coming out of Lordstown Motors is concerning, and while I will continue to use my position to assist them wherever possible, it is important to remember that they are one piece of a larger movement transforming our region into what has been coined as Voltage Valley,” Ryan said in a statement to Mahoning Matters.

“Between the amazing work being done at BRITE Energy Innovators; the Ultium Cells LLC electric battery plant in Lordstown, which will be up and running early next year and is slated to create 1,100 new high-tech jobs; and the numerous companies in the electric vehicle supply chain that the Youngstown/Warren Regional Chamber is currently aiding — our community is still leading the jobs of the future.”