When popular Youngstown band The Vindys play Westside Bowl on Saturday, Oct. 19, they will commemorate the occasion by recording a live CD/DVD
Oct 14, 2019 6:14 AM By: Mahoning Matters staff 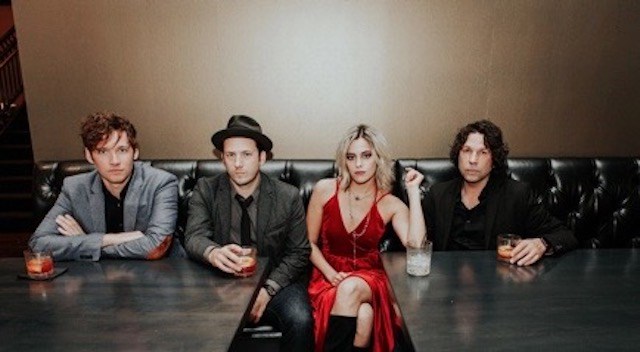 YOUNGSTOWN — When popular Youngstown band The Vindys play Westside Bowl on Saturday, Oct. 19, they will commemorate the occasion by recording a live CD/DVD.

“We’ve been getting fans requesting that we release some live material since we have such a great dynamic on stage, and this seemed like a great opportunity,” says singer Jackie Popovec in a news release. “We will have our larger ‘Family Band’ with us as well so it’ll be great to have documentation of what the full band can do in a live setting!”

Also featured on the bill will be Erica Blinn of Nashville, Tenn., and Brandi Booth, also a Youngstown product.

In addition to live music and bowling, attendees can check out some guitars designed in Northeast Ohio. Ian Jones of Rosenow Guitars of Mantua will have some of his guitars on hand for concertgoers to try out and even purchase.

The Vindys are also busy working on new material for an EP release later this winter.

“We’ve been performing these new songs at our recent shows and they’ve gotten a great response,” says guitarist John Anthony.

The Vindys have been prominently featured as part of the Pittsburgh Pirates and AT&T SportsNet “Friday Night Rocks” campaign that showcases local bands during Pirates broadcasts. They saw more than 40,000 views in one week when the video for “Are You Ready” was shown on "Friday Night Rocks.”

Tickets are $10 at Westside Bowl.