'We're committing together to be a part of the solution': Town halls on race and policing in the Valley continue 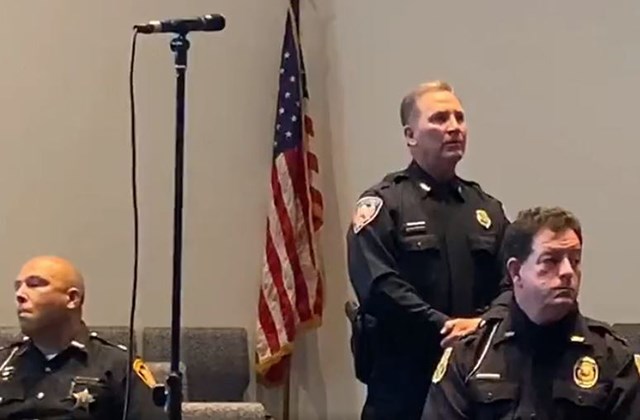 The Next Steps Coalition in late June hosted the first “Policing in the Valley” town hall to discuss several police reform initiatives, including racial profiling, the use of excessive force and body cameras and independent citizen review boards.

Tuesday's follow-up forum at New Bethel Baptist Church along Hillman Street retread much of the first forum's topics but with some new perspectives. A third forum is set for September.

Several other police departments were invited but did not send representatives, including: Boardman, Campbell, Coitsville, Hubbard, Mill Creek MetroParks and Warren.

Watch the full two-hour forum below:

Jaladah Aslam, president of the Youngstown Warren Black Caucus, noted only six of Mahoning County's 22 jurisdictions have been fully certified under the Ohio Collaborative's Community-Police Advisory Board, a former Gov. John Kasich-era program formed in 2015 following the death of Michael Brown Jr. in Ferguson, Mo.

Thirteen of the county's departments have been certified in the first of three sets of standards, according to the collaborative’s March report. The other nine hold no certifications at all, including Campbell Police Department, which employs 30 officers; Struthers Police Department, 21; and Poland Township, 18.

Struthers' Chief Roddy said he expects his department to be up-to-date on collaborative standards by year's end. Currently it outsources policy-making to a private company that drafts and updates procedure manuals for more than 8,000 public safety organizations nationwide.

"We're a smaller department. We're missing people. Every policy that we have meets or exceeds the collaborative's request," he said. "We're behind the 8-ball with some things."

When asked whether the issue of racial profiling makes the chiefs feel uncomfortable, VanDyke was quick to admit it does and said he feels that's why normalizing the discussion is important.

"Anything that we deal [with] as humans beings that we don't deal with on a daily basis — it's going to make you uncomfortable. It doesn't mean we shouldn't address it, or that being uncomfortable about talking about it is a bad thing," he said.

"Most reforms don't catch hold, whether it be from a senior level pushed down or even those from the bottom up," he said. "The ones that do catch hold are brought about by society as a whole."

Simon said he hopes the coalition's collaborative vision for local police reform could be a model for the rest of the state.

"We've known that there have been problems with brutality in police departments. It doesn't mean we paint every department with the same brush — [or] our officers, because we know we have good officers and good police departments," he said. "Unless we get to a point of policy change, it will continue to happen. We go back to protests and riots.

"We're committing together to be a part of the solution," said New Bethel Pastor Kenneth Simon. "That might take some time ... but we want to be in this for the long haul."

The next town hall is set for 6 p.m. on Sept. 1. The location has not been announced.

Organizers expect the next session will cover issues such as the creation of binding citizen review boards, independent investigations into police misconduct, fair union contracts and pre-hire and continued diversity training. Organizers said they expect to invite police union leadership.