Our commenters had a lot of thoughts on the UAW-GM tentative deal and the impending official closure of the the Lordstown plant.
Oct 18, 2019 5:11 PM By: Mahoning Matters staff 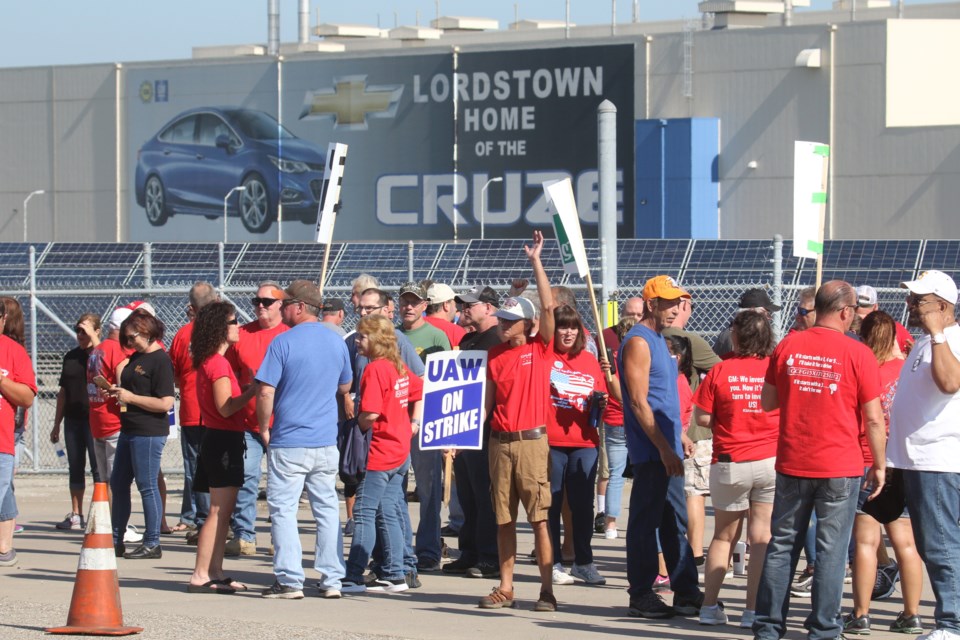 Workers from the shuttered GM Lordstown plant are facing housing issues both here and in their new plants communities.

GM's Lordstown Assembly Complex will likely soon be officially gone as a producer of GM vehicles. A new, small automaker may start production in the plant, but that was cold comfort for laid off workers hoping to find a way to stay in the Mahoning Valley.

Many readers shared their thoughts about the official closure, which came as part of a tentative contract deal between the United Auto Workers and GM this week.

Here's some of what you had to say on Facebook, lightly edited for clarity:

Everyone is to blame

"There is absolutely nothing wrong with the facilities other than it is tooled up to build a small car ... and age of the building had nothing to do with the closing either. Pure profit motive involved and probably some political payback. GM extorted every possible penny they could have out of the Local over the last 20 years ... and when they saw they couldn’t do that anymore. Done. And just a reminder. ... the UAW is in the midst of their own massive corruption scandal ... and they simply just sold out the valley."

"It’s a business. As a business GMs role is not to be concerned with the American worker but the bottom line for the business and it’s shareholder. Why do Americans think business owes them anything but a paycheck and a safe place to work for that paycheck? Take the reeducation or move. [You're] lucky they offered that."

"I'm reading everyone's comments and expecting politicians to keep a company from closing is plain out stupidity. Last time I looked there isn't too many state sponsored run businesses in America. In fact the only one I know of is Amtrak. So if there is anyone to blame it's the GM executives. They will always put profits and shareholders above anything else so blame them not our politicians. Who's the last politician who wasn't in the lobbyists pocket book?"

"Doesn’t anyone remember when Trump PROMISED the jobs would stay? Don’t sell your homes? Well, don’t listen to his empty promises. Our problem was we never updated and kept hoping the past would come back. The mills won’t. Ever. If they did, the jobs would all be computer based in 2019. Lordstown GM workers knew the writing was on the wall, but hope and faith are good for the valley...but we need to build and learn to trust outsiders. Next time some big company comes, offering loads of jobs and health insurance, let’s not turn them away initially."

"This started years ago with GM building plants in other countries. Should the unions have stepped in stronger back then and put up a bigger fight before it started? Possibly. Too little too late. I feel bad for all of those that lost their jobs here."

A reminder that you can comment on our site if you are a registered user. So click that sign up button and get our newsletter, too.