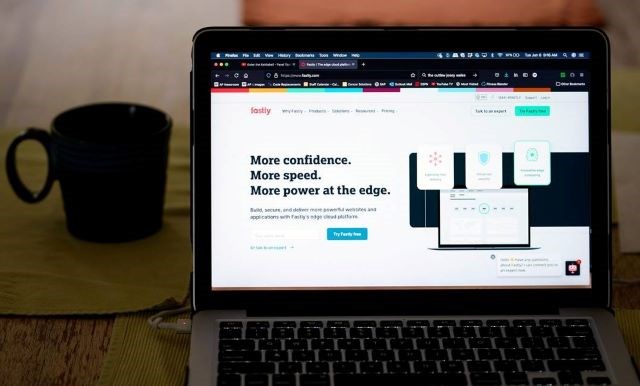 The Fastly home page is seen Tuesday in Los Angeles. Dozens of websites briefly went offline around the globe Tuesday, including CNN, The New York Times and Britain’s government home page, after an outage at the cloud service Fastly. (Marcio Jose Sanchez | AP)

A single person sparked a global internet outage that took down Amazon, YouTube and Reddit, among others, for an hour Tuesday morning.

On Tuesday morning, a software bug shorted out the network, taking sites such as The New York Times, Spotify, CNN and the British government offline for about an hour. In a blog post Wednesday, Fastly said one person triggered the bug.

“We experienced a global outage due to an undiscovered software bug that surfaced on June 8 when it was triggered by a valid customer configuration change,” wrote Nick Rockwell, the senior vice president of engineering and infrastructure at Fastly.

Rockwell did not name the individual or company responsible, but he said Fastly is “truly sorry for the impact to our customers and everyone who relies on them.”

On May 12, the company began a software update containing an inadvertent bug that could only be triggered by a specific customer configuration change, Rockwell said.

“Even though there were specific conditions that triggered this outage, we should have anticipated it,” he wrote.

Fastly restored 95 percent of its network within 49 minutes of the outage, Rockwell said. The company also says it installed a permanent fix to the underlying bug.