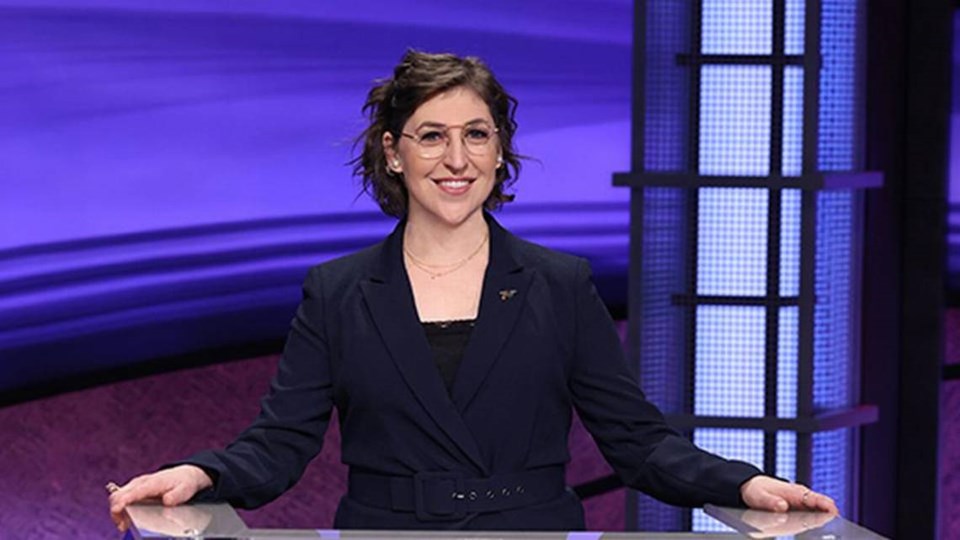 Mayim Bialik started a two-week stint as guest host of “Jeopardy!” on May 31. "JEOPARDY!"

From child television star to a 10-year stint on one of the most successful TV comedies of the century, Mayim Bialik is no stranger to the spotlight.

But does she have what it takes to become the next host of “Jeopardy!”?

Viewers will begin to find out Monday, when Bialik begins her two-week stint as guest host of the popular quiz show. She follows eight previous guest hosts, including Ken Jennings, Aaron Rodgers, and the most recent host, Buzzy Cohen.

“I’ve been saying it’s really one of the most iconic things I think that I’m ever going to do in my career,” Bialik told People. “It’s going to feel like ‘Forrest Gump,’ like I’ve been inserted into the ‘Jeopardy!’ set.”

Bialik began her TV career in the 1980s as a child actress and landed her first major role in 1990 as the title character in “Blossom.” She played Blossom Russo for 114 episodes until 1995.

She appeared in other TV shows throughout the rest of the decade — all while pursuing a neuroscience degree from University of California Los Angeles, where she graduated in 2000. She later earned her Ph.D. in neuroscience from UCLA in 2007.

She fears her neuroscience background won’t help her on “Jeopardy!,” however.

“Most people assume that because I’m a neuroscientist, I’m good at ‘Jeopardy!’” Bialik told Insider. “I actually would have trouble remembering to frame the answer as a question so I’d probably lose because of that. I have a very specific set of knowledge about very specific categories. If there’s anything on like biblical history or neuroscience, I got it.”

Bialik told Nature.com that becoming a parent ended her pursuit of a research post in her field. But it brought her back to the television screen, where she played Amy Fowler on “The Big Bang Theory.”

Her role playing a neurobiologist on the successful comedy show spanned more than 200 episodes and helped reclaim her status as a TV star.

She now stars as the title character on the Fox comedy “Call Me Kat,” which was recently renewed for a second season.

Could she be the next host of “Jeopardy!” as a side gig? She hasn’t ruled out the possibility.

“I think it would be an unbelievable honor to get to be involved in any further way, especially as a woman in science,” she told Insider. “I’m super open to really anything, but also just so honored to be able to guest, and to, hopefully, not look like a fool.”

She wrote in an Instagram post in January she has watched the show her whole life and the opportunity to guest host is “a dream come true.”

“I’ve been such a fan of @Jeopardy and Alex Trebek since I can remember,” she wrote. “It will be an honor to guest host this iconic show and celebrate his legacy.”