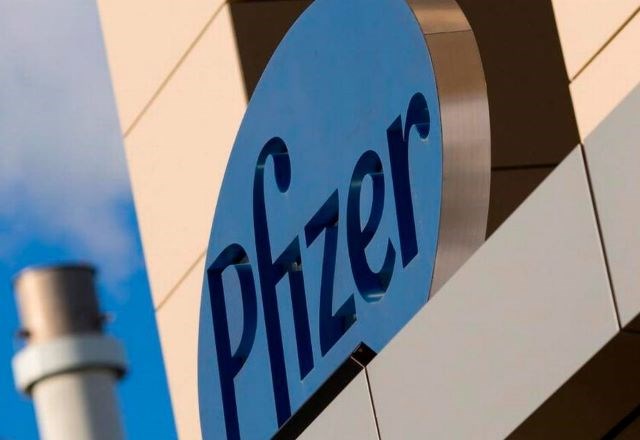 Based on the latest data, it seems “likely” that people who received the Pfizer vaccine will need a third dose sometime after they get their two doses, according to company CEO Albert Bourla. (AFP)

As more contagious coronavirus variants continue to spread in the U.S., vaccine developers are racing to test and determine if their shots will eventually require an extra dose or booster shot to maintain protection against COVID-19.

Based on the latest data, it seems “likely” that people who received the Pfizer vaccine — the first to be authorized for emergency use in the U.S. — will need a third dose sometime after they get their two doses, according to company CEO Albert Bourla.

The comment was made during a discussion about how the Pfizer vaccine performed when put up against the coronavirus variant that was first discovered in South Africa.

“A likely scenario is there will be likely a need for a third dose somewhere between six and 12 months, and then from there, there would be an annual revaccination,” Bourla said during a CVS Health livestream posted Thursday on Facebook. “But all of that needs to be confirmed, and again, the variants will play a key role. It is extremely important to suppress the pool of people that can be susceptible to the virus because they are vaccinated with high-efficacy vaccines.”

The reality for COVID-19 vaccines will likely mirror that of flu shots, which require annual vaccinations that are updated by scientists each year depending on which strain of the influenza virus is circulating.

But earlier this month, the company announced that its vaccine offers 91.3 percent protection against COVID-19 for at least six months. That’s just as long as researchers have been studying the vaccine’s effectiveness in a late-stage trial, meaning the vaccine may last longer than that.Nearly 103 million doses of the Pfizer COVID-19 vaccine— which requires two doses for maximum protection — have been administered in the U.S. as of April 15, according to a Centers for Disease Control and Prevention tracker.

Johnson & Johnson CEO Alex Gorsky also told CNBC in February that coronavirus vaccines may need to be an annual event.

Moderna announced in March that it had begun giving clinical trial participants a modified version of its original COVID-19 vaccine designed to protect against the variant that emerged in South Africa, which was shown to lower antibody levels by sixfold in the laboratory. The move was “out of an abundance of caution.”

The goal of the extended study is to “address the potential need for booster vaccine candidates,” the company said.

Booster shots may also prevent breakthrough infections, which is when people get infected with the coronavirus two weeks or more after their final vaccine dose. Experts say these cases should be expected, as no vaccine is 100 percent protective against infection.

As of April 14, about 5,800 vaccinated people out of nearly 77 million who have been fully vaccinated in the U.S. have tested positive for the coronavirus, the CDC told CNN. Some of these people became “seriously ill” and 74 died. Meanwhile, 7 percent (396 people) who got infected after vaccination required hospitalization.

Just over 40 percent of the infections occurred in people aged 60 or older, and most (65 percent) were in women and 29 percent were asymptomatic, meaning no symptoms were felt.

The numbers are the latest evidence of how effective the COVID-19 vaccines are in real life outside of lab settings, which involved thousands of people, not millions. Still, the risk of serious illness and death remain low after COVID-19 vaccination. These breakthrough cases represent just 0.008 percent of the fully vaccinated population.