With Ohio direct sales pitch, can Lordstown Motors do what Tesla couldn't?

Many electric vehicle-makers have taken an interest in direct sales since Tesla “opened people’s eyes to the possibility,” said Michelle Krebs, executive analyst for Autotrader.com.
Feb 18, 2021 3:52 AM By: Justin Dennis 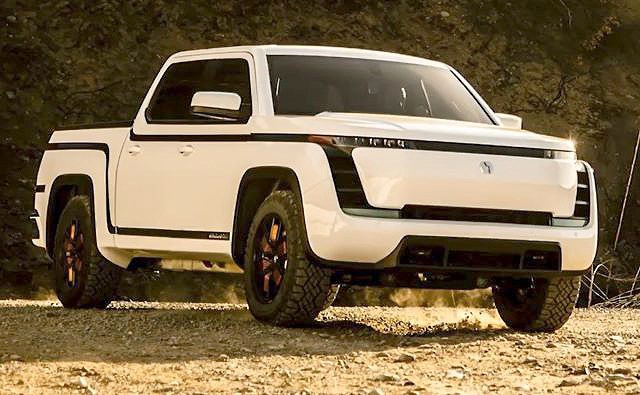 COLUMBUS — The Lordstown Motors Corp. is trying to do what Tesla couldn’t eight years ago in the Ohio Legislature.

The electric vehicle startup wants an exemption to be able to sell its all-electric pickup truck the Endurance directly to customers, and has backing from Mahoning Valley lawmakers.

Currently, state law prohibits all vehicle manufacturers from making direct sales and setting up their own dealerships — except for Tesla Motors Inc. In 2013, state lobbyists for traditional auto dealers blocked Tesla from getting exempted from the direct sales ban. But they later agreed to an amendment allowing Tesla just three showrooms, which are now in Cleveland, Columbus and Cincinnati. That amendment was approved in April 2014.

Lordstown Motors and state lawmakers on Wednesday announced they’re working to carve out a piece of the statutory landscape shaped by that 2013 dispute. That bicameral legislation, to be introduced by state Sen. Mike Rulli of Salem, R-33rd, and state Rep. Mike Loychik of Bazetta, R-63rd, would change the Ohio law requiring most vehicle sales to go through a dealership.

“Some of the legislation that’s been on the books for many years isn’t quite fitting with the economic models we are focusing on,” said Thomas Canepa, Lordstown Motors’ general counsel, during a media briefing Wednesday morning at the Ohio Statehouse. “We are a fleet-based company. All of our trucks are going to be sold in batches to fleets.”

Traditional car dealers make most of their profit in selling vehicle warranties and services, whereas fleet buyers tend to service their own vehicles, said Lordstown Motors spokesperson Chris Kerzich. For fleet buyers, keeping ownership costs down is most important.

“In order to keep [total cost of ownership] low … we need the flexibility and the ability to sell directly to our customers,” he said.

Many electric vehicle-makers have taken interest in direct sales since Tesla “opened people’s eyes to the possibility,” said Michelle Krebs, executive analyst for Autotrader.com, which has an investment stake in electric vehicle maker Rivian.

Krebs lives in Michigan, whose direct sales and service laws are tighter than Ohio’s. Most Michiganders actually come to Ohio to buy their Tesla cars, she said.

“It takes out the middleman,” Krebs said. “The ones that want to go direct-to-manufacturer want to control the whole process.

The Ohio Automobile Dealers Association in a Wednesday statement appeared to reject a law change and said the independent, locally based auto dealerships Lordstown Motors now wants to bypass have been fueling local economies for decades.

“Major auto manufacturers, including those with a large Ohio presence such as Honda, Ford, Chrysler and GM, operate successfully within this system,” said President Zach Doran. “These manufacturers are also investing heavily in the development and production of electric vehicles, and these vehicles are currently and will continue to be sold by Ohio’s independent auto dealers.

“Lordstown Motors is a welcome development in Ohio’s rich history of automotive research, innovation and production. Like other manufacturers, the new company will enjoy great success operating within the scope of Ohio’s current law.”

The association had a hand in crafting the language to block Tesla and other automakers from direct sales, which later became state law, the Columbus Dispatch reported in 2013.

The new proposed exemption would only be for Lordstown Motors, lawmakers said Wednesday, and wouldn’t affect any car dealerships in the state.

Rulli, in a Wednesday release, said the bill is intended to support the Ohio-made electric vehicle manufacturer.

“This is good government at work. It’s recognizing that EV sales are not like traditional car sales,” he said. “Lordstown Motors is investing hundreds of millions of dollars breathing new life into Lordstown. They intend to start by creating 1,500 jobs and this legislation will help them achieve that and much more.”

Loychik in the release said the legislation acknowledges that “one-size-fits-all regulation is rarely effective.”

“[Electric vehicles] are a different kind of vehicle requiring a different model,” he said. “This legislation acknowledges that we must create an agile regulatory environment that fosters manufacturing innovation. We can do that here with the additional benefit of supporting Ohio-grown manufacturing that will produce good-paying, quality jobs.”

In a promotional video shown during the briefing, Lordstown Motors CEO Steve Burns said the company expects to employ 1,500 workers by the time its first product, the all-electric Endurance pickup truck, heads into production in September.

The company has already landed more than 100,000 non-binding preorders for the vehicle, which will be fulfilled over the next couple of years, Kerzich said.