Ohio is on track to have one of its deadliest years of opioid drug overdoses.
Oct 28, 2020 2:54 PM By: Farnoush Amiri and Geoff Mulvihill 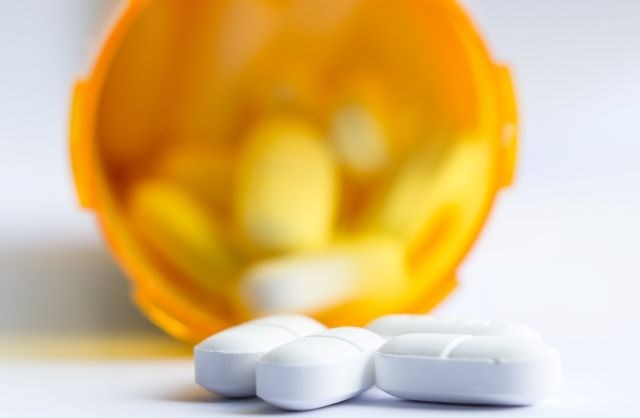 COLUMBUS (AP) — Like millions of Americans, Diane Urban watched the first presidential debate last month at home with her family. When it was over, she turned off the television and climbed into the bed her 25-year-old son Jordan used to sleep in.

It was where she found Jordan's lifeless body after he overdosed on the opioid fentanyl one morning in April 2019.

After watching President Donald Trump target the son of former Vice President Joe Biden for his history of substance abuse, Urban was reminded again of the shame her son lived with during his own battle with addiction.

“I just think that Trump doesn’t understand addiction,” said Urban, 53, a Republican from Delphos, Ohio, who voted for the president in 2016.

The exchange over Hunter Biden's struggle with addiction was brief, and neither candidate was asked a follow-up question about their plan to tackle the nation's drug addiction and overdose crisis.

Though Biden's campaign has a policy paper on addiction, the issue has barely registered in this year's presidential campaign, overshadowed by the human and economic toll of the coronavirus outbreak and the Trump administration's response to the pandemic. Yet drug addiction continues its grim march across the U.S., having contributed to the deaths of more than 470,000 Americans over the past two decades.

And it's only getting worse.

After a one-year drop in 2018, U.S. opioid overdose deaths increased again in 2019, topping 50,000 for the first time, according to provisional data from the U.S. Centers for Disease Control and Prevention. That accounted for the majority of the 71,000 fatal overdoses from all drugs. While national data isn’t available for most of 2020, The Associated Press surveyed individual states that are reporting overdoses and found more drug-related deaths amid the coronavirus pandemic.

Ohio, a battleground state in the presidential contest, is on track to have one of its deadliest years of opioid drug overdoses. More residents died of overdoses in May than in any month in at least 14 years, according to preliminary mortality statistics from the state health department.

As Trump nears the end of his first term, some supporters, including Urban, feel left behind by his administration's drug policies.

What that looks like on the ground is mothers donating to GoFundMe accounts and Facebook campaigns so other mothers can bury their children who have overdosed. Some parents even reserve a casket while their child is still alive so they are prepared for what they believe is inevitable.

Others become legal guardians of their grandchildren. Among them are Brenda Stewart, 62, and her husband, who adopted their grandchildren a decade ago as their son struggled with addiction. That led Stewart to start The Addict’s Parents United, a nonpolitical support group for parents of children with the disease or who have lost a child to it.

She said what she saw during the debate was “two people yelling at each other,” instead of the substantive policy discussion she believes the issue deserves.

“I feel there needs to be more discussion about this disease on a national stage,” said Stewart, who lives in Columbus. “Kids are dying here every day. I have mothers and fathers losing children almost daily.”

The longtime Republican said she plans to vote for Trump again, but also notes that this disease has no political bias and that it can touch anyone.

Biden talked more frequently of the opioid crisis during the primary. Among his priorities is expanding insurance coverage for drug addiction, including requiring insurers to cover rehabilitation services and mental health treatment.

Biden has sometimes noted his personal connection to drug addiction, citing his son Hunter’s struggles. Trump brought up the matter during the Sept. 29 debate as a point of attack. Biden responded by casting his son as no different than many other Americans who struggle with addiction.

Trump at times has spoken sympathetically about addiction, often in reference to his late brother, Fred, who had a lifelong struggle with alcoholism. He was active in addressing the opioid crisis early in his administration.

In 2017, Trump became the first president to declare the opioid crisis a national health emergency. In 2018, he signed a bill increasing federal opioid funding to record levels. A Bipartisan Policy Center study found that opioid-specific federal funding more than doubled in Trump’s first full year in office. As part of that, federal treatment and recovery money increased fourfold.

But with a shortage of medical professionals, states have not been able to spend their entire allocations, and some worry that grants lasting just a year or two will not be sustainable, the report found.