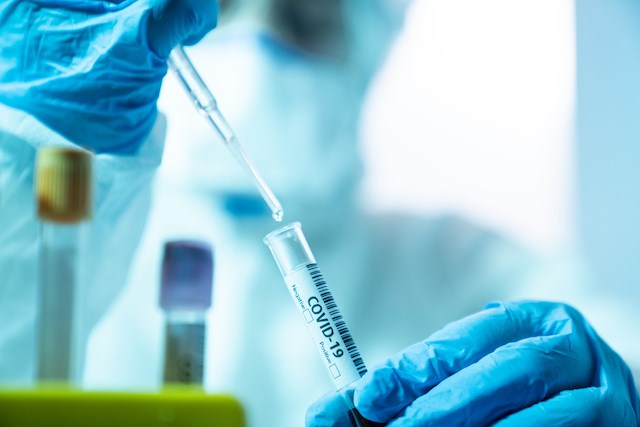 COLUMBUS — Ohio saw its fourth-largest single-day spike in coronavirus cases Thursday, and it looks like young people are to blame.

Gov. Mike DeWine said during a state briefing Thursday Ohioans between the ages of 20 and 49 make up nearly 60 percent of the 858-case increase. Earlier in the pandemic, the average age of Ohioans infected was 51. That number has dropped to 42.

That trend reversed sharply last week — the week of June 13 — when Ohio saw an increase of 2,874 cases in one week, and the state already topped that number by Thursday. So far this week, the state has seen an increase of 3,159 confirmed cases.

After young people go out in public, they can make contact with an older relative, someone older in public or someone with a medical condition. DeWine said young people need to be aware about what is happening and how to prevent the spread of COVID-19.

Part of the spike is caused by increased testing. The most recent testing data shows the state tested 17,019 people on June 23. This data, as well as the percent of tests which come back positive, is now available on the state dashboard.

But, DeWine said, ramped up testing doesn’t account for the whole increase.

“We have increased testing, but no analyst I’ve talked to believes the total increase is due to that,” DeWine said.

In differentiating a surge from increased testing, public health officials will look at the number of hospitalizations, or people getting very sick from COVID-19. But that data lags behind cases by about two to three weeks.

DeWine said the state is going to examine each county in Ohio to determine what needs to be done to prevent the spread of COVID-19. The state has already begun to do so and identified a spike in cases in southewest Ohio last week.

In counties that experience a surge in cases, the state will respond by contacting local officials, increasing testing and bringing in the National Guard for assistance, DeWine said.

“We’re going to continue to stay in touch with where we are seeing problem areas, we are going to work with local officials and in conjunction with them make decisions about what else needs to be done,” DeWine said.

So far, cases have remained steady in the Mahoning Valley, despite the state-wide spike.

"It’s been so far so good with stable numbers here," said Kravec. "That’s because we’re still following the guidelines."

But, he added, "COVID is still here. People are still dying from it."

While Mahoning Valley coronavirus numbers have stabilized, the state-wide increase in cases among young people raises questions about local universities' plans to bring students back on campus in the fall.

YSU is expecting students to step up to do their part to prevent the spread of COVID-19, said Smith.

Plexiglass and handwashing stations are being installed throughout the campus. Students will be encouraged to wear face masks, practice social distancing and maintain proper hygiene.

“We’re going to really push to develop that really strong culture of caring across the campus,” Smith said. “We’re also going to be counting on students to enforce those cultural rules."

Much like academic honor codes where students are expected to turn themselves or another student in for cheating, YSU wants students to be hold each other accountable when it comes to the health and safety of the student body.

“That’s not only keeps us safe on campus the best we can, but it’s right for Ohio,” Smith said.