The state also unveiled a dashboard detailing the number of COVID-19 cases among children. Mahoning County has reported 143 cases, the 11th-highest among Ohio's 88 counties; Trumbull has reported 67 cases, the 23rd-highest; Columbiana has reported 37 cases, the 35th-highest.
Sep 17, 2020 2:55 PM By: Mahoning Matters staff 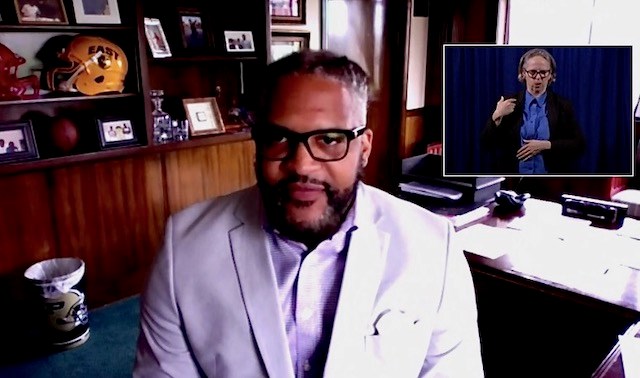 The district has offered hotspots to each student and also established internet connections through Spectrum in homes that didn't have any way of getting online.

"There's still a learning curve. Zoom is new for everybody," he said.

The district's new wellness clinic, which the district expects to be up and running within the next two months, will later be made available to teachers and students' families, many of whom don't have access to health insurance, Jennings said.

There have been 9,040 COVID-19 cases among Ohioans younger than 18, as well as 223 hospitalizations and one death.

Columbiana Exempted Village Schools was the only district in the Mahoning Valley to report COVID-19 cases — there have been two cases among students, according to the dashboard.

DeWine also said he expects the state to release guidance on how communities can conduct Halloween festivities this year, but noted communities, as in every year, will decide when they happen.