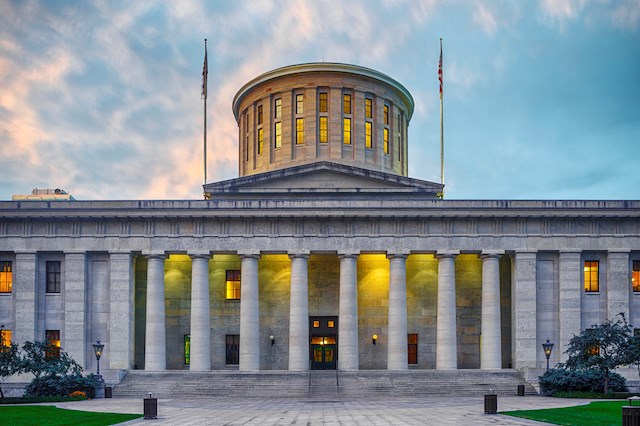 COLUMBUS — The Ohio Senate today passed its version of the state budget for 2022 and 2023, which includes an escape hatch for Ohio school districts under state control.

The provision creates a process for returning school districts operating under state-appointed academic distress commissions to the control of local school boards.

Per the proscribed process, a district will be required to create an academic improvement plan, to be approved by the state superintendent. The district will then have three years to meet the benchmarks set forth in the plan.

This provision is the latest legislative attempt to undo House Bill 70, known as the Youngstown Plan.

H.B. 70, which passed in 2015, requires that chronically failing school districts be placed under the control of a chief executive officer, appointed by the district academic distress commission.

Youngstown, Lorain and East Cleveland City Schools are currently controlled by the state.

In addition to this provision, the budget also provides nearly $7 million in funding for Mahoning Valley projects, including:

The bill now returns to the Ohio House of Representatives, where it is expected to be referred to a conference committee in which the House and Senate versions will be reconciled.

The Ohio Constitution requires a balanced budget be signed by the governor by June 30.