Youngstown City Schools pledges to include ACTION in diversity plans

Executive Director Rose Carter says her group was 'disheartened;' Superintendent Joseph Meranto said he will personally work with the community organization to get its members involved.
Sep 9, 2020 4:45 AM By: Ellen Wagner 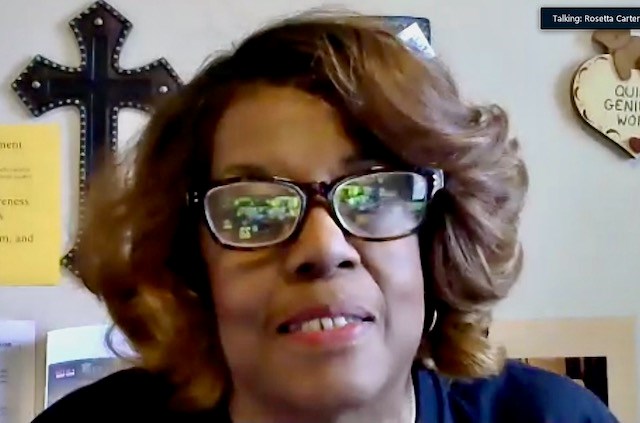 YOUNGSTOWN — The Alliance for Congregational Transformation Influencing Our Neighborhoods (ACTION) is normally found mounting efforts to improve inclusion in the Valley.

On Tuesday, the group was working to get itself included, this time in Youngstown City Schools plans. Elder Rose Carter questioned why her group was omitted from input on the district's new diversity and inclusion initiatives during Tuesday's school board meeting.

And executive director of ACTION received a district apology — and a pledge the district would seek its help — for her efforts.

During her presentation, Carter told the district, “We are very disheartened by the initial omission of ACTION from the committee selection for racial justice,” adding, “We feel that the staff of ACTION is able to work with the district, which is comprised of the school board, teachers, staff, parents, scholars and the administration.”

She noted ACTION works with more than 35 organizations on diversity and inclusion issues ranging from developing a community of diverse leaders to seeking solutions to overcome poverty, racism and social injustice.

Meranto said he would work with Carter personally to get ACTION involved in future planning since the committee wants to use local resources to help with the district’s goal of equity, diversity and inclusion.

“We have good groups here such as yours,” Meranto said. “We don’t need to have outsiders coming to Youngstown.”

The core committee of the Youngstown City School District Equity/Diversity/Inclusion Initiative will work with employees and community members to improve diversity in the district as a part of YOUprint 2030 strategic plan, said Denise Dick, director of communications and public relations of Youngstown City Schools.

Dick said the committee will include subcommittees that will guide and inform the process to meet goals of the initiatives created for the district over the next five years. Some initiatives include professional development and diversity training and embedding Black history into K-12 curriculum.