Your Chipotle order could soon cost more to cover worker raises. What to know

The fast food chain announced it would increase pay for its employees last month.
Jun 9, 2021 5:19 PM By: Tanasia Kenney | McClatchy 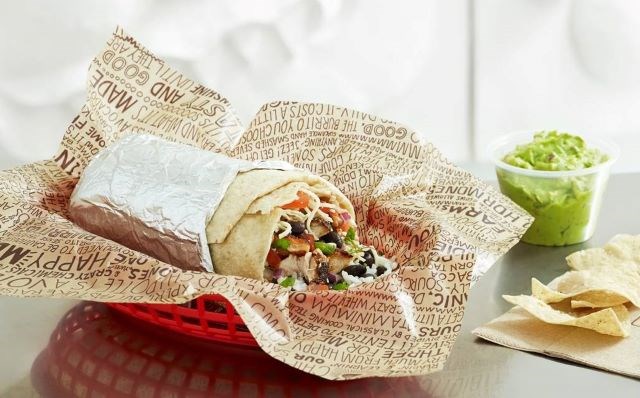 Chipotle is raising menu prices to offset the cost of a new $15 average hourly wage for employees. (Chipotle Mexican Grill)

Your Chipotle favorites could cost a few cents more as the company raises prices across its menu.

The Mexican grill announced last month that it would raise hourly wages for employees to an average of $15 an hour. So now customers will have to foot the part of that bill, with menu prices raising around 3.5 to 4 percent, a Chipotle spokesperson told McClatchy News.

“We think everybody in the restaurant industry is going to have to pass those costs along to the customer,” Chipotle CEO Jack Hartung said during a quarterly earnings call in April, according to Business Insider. “We think we’re in a much, much better position to do that, than other companies out there.”

Staring pay for new and existing hourly and salaried restaurant employees will range from $11 to $18 per hour.

In addition, the chain is introducing a $200 employee referral bonus and said workers who climb the ladder to a general manager position can earn an average salary of $100,000 in just three and a half years.

The new menu prices, the company said, will help offset the cost of the pay raises.

“Idk what’s going to bankrupt me faster...the cost of gas or these new Chipotle prices,” one Twitter user wrote.

“This is pure greed,” another wrote. “Companies like Chipotle make millions upon millions in profits, but to take care of their workers at the expense of their profit margin is just too much for them. Many, MANY companies pay a good, living wage without raising prices. It can be done.”Chipotle isn’t the only brand to offer higher pay as part of its latest hiring push. Costco, Walmart and McDonald’s have also promised employees a bump in their pay, according to Fox Business.

The price hike also comes as industries across the economic spectrum grapple with supply and labor issues brought on by the coronavirus pandemic. Starbucks customers say they’re missing out on menu favorites due to an ingredients shortage, and a New Orleans strip club is offering a $1,000 bonus in hopes of bringing exotic dancers back to work, McClatchy News reported.