YOUR VOICE OHIO | In this election year, Ohioans want to rise above the numbers

About 50 Ohio news outlets — including Mahoning Matters — in the Your Voice Ohio 2020 Elections project this month began holding online conversations to listen to people talk about what is important to them as they begin considering candidates in the 2020 elections.
Jul 12, 2020 6:52 AM By: Doug Oplinger 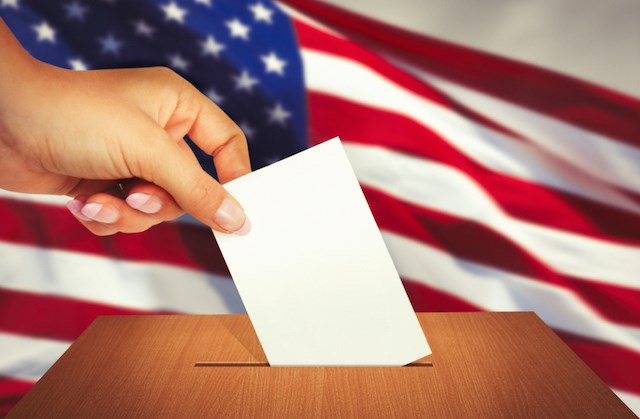 The past two decades have not been kind to most of Ohio.

With one of the nation’s most significant declines in household income, among the largest job losses and an aging, less-educated population, the effects can be seen in people and neighborhoods.

Yet, when hundreds of Ohioans assembled in a series of forums during the last two years to discuss what should be done, they were able to find positives about their communities -- water, people, parks, the arts, highways, higher education, hospitals -- and could agree on possible actions for themselves and what they want from leaders that would improve life.

Those conversations were convened by Your Voice Ohio, a coalition of news organizations that engages Ohioans in conversations on important topics. Sitting around small tables in large rooms, reporters heard people move from personal thoughts to shared needs, such as respect for one another, community-building, diversity, good neighborhoods and transparent government.

Those meetings were all held before the coronavirus pandemic, deep recession and protests against structural racism and police violence against Black Americans.

With one in seven now out of work, about 3,000 dead because of the virus and demonstrations for racial justice continuing, how have these life-changing events affected what Ohioans want?

About 50 Ohio news outlets — including Mahoning Matters — in the Your Voice Ohio 2020 Elections project this month began holding online conversations to listen to people talk about what is important to them as they begin considering candidates in the 2020 elections. In addition, journalists will fan out to seek thoughts about key issues throughout the campaign, and a statewide poll is in process to identify top priorities among Ohioans.

The goal is that journalists will be better equipped to represent their communities as they cover the candidates and issues that matter most to Ohioans this election year.

Ohioans know what they want. The question is, “Is anyone listening?”

Before the pandemic, participants in Your Voice Ohio community meetings discussed three questions: What does a community look like where all people can live fulfilled lives? What should be changed to make that possible? And what actions can we identify to cause the change we want?

What Ohioans said, after discussing what might work for most people, was that communities need:

• Mental health services — In a state ravaged by opioids, economic decline, job losses and the accompanying stresses, Ohioans said this is a critical service. A recurring theme was restoring “human dignity” to people who are suffering.
• Jobs with livable wages — Wealthy and economically distressed communities all shared concern about the future of jobs. Incentives to attract jobs, such as tax abatements, should demand “jobs with dignity.”
• Affordable housing — In urban areas and upscale suburbs there was concern about affordable housing with access to transportation, walkable streets and safety. Seniors in upper-middle-income communities were among the most concerned about retirement housing.
• Access to healthy food — This was a concern in urban communities. Urban residents said they suffer from costly health issues because their most convenient food isn’t fresh. It comes from cans purchased at box stores.
• Access to affordable, quality education — Urban areas expressed concern for equitable k-12 education that equips their children to compete with wealthier communities; suburban residents expressed a desire for high-quality, low-cost colleges that help ensure job security.
• Safe neighborhoods — Urban communities expressed urgent need for community policing, police who engage in the community, police who look like the community, and police who help more than prosecute.
• Affordable, quality health care — Ohioans were quick to identify hospitals as an asset, but then expressed concern about access and cost.
• Human dignity — Respect for others, appreciation of diversity, civility, strong neighborhoods and relationships.

People who have endured economic decline the longest -- particularly the Dayton and Youngstown-Warren areas -- were likely to say that community success needs to be redefined to have “the emphasis be on well-being” and less on economic growth, as one Dayton group discussed.

And one Dayton resident wrote: “A thriving community is made up of thriving people.” To thrive, one must feel a sense of purpose, connectedness, and optimism. Economic success wasn’t part of the equation.

In all meetings, there was deep frustration with divisiveness. But as people worked together to imagine positive change, they said that it was a refreshing process and they concluded by saying they wanted to act on those ideas.

“We are all leaders, stop waiting for elected officials to lead us,” one meeting participant said.

Ohio by the numbers

What people said they would like to change about Ohio shows up in data as areas where the state is falling behind. Your Voice Ohio hired former Akron Beacon Journal investigative and data reporter David Knox to generate data on all 88 Ohio counties going back several decades so that reporters can explore the state and communities in context.

Here are numbers he provided, and information as noted from other sources, on key topics:

One of the most stark illustrations of Ohio’s difficulties can be found in the median household income. Median represents the midpoint between highest and lowest. From 2000 to the most recent year for which data are available. most of Ohio, and Black Ohioans in particular, suffered extraordinarily even before the pandemic.

The numbers show that Black Ohioans not only have median household incomes that are far lower than the U.S. and white households, they also lost more dollars.

Some highly populated counties have endured extraordinary economic declines since 2000, accompanied by some of the nation’s worst opioid overdose death rates. Those counties, and the decline in annual median household income from 2000, are:

Over just three years, median households lost the equivalent of a new car or a three-day hospital stay.

Only seven of Ohio’s 88 counties have experienced an increase in median household income -- most of them small and rural: Holmes, Belmont, Lawrence, Meigs, Harrison, Union and Delaware.

Because of efforts to slow the coronavirus pandemic, about one in seven Ohioans is unemployed — that’s more than 750,000 people out of work —far worse than the Great Recession of 2007-09.

Ohio’s peak year for employment was in 2000 when 5.5 million were working. That number fell during two recessions and never recovered. In 2019, 5.4 million were working -- down about 100,000 from the peak -- although the population had increased 335,000. In May, the number of workers was an estimated 4.8 million.

As Ohio’s job market began significant deterioration due to automation in 2005, there was growth in deaths due to drug overdoses -- considered a mental health issue. More than 28,000 Ohioans have died of opioid overdoses alone in the past decade.

Suicide in Ohio is on the rise and 37 of 88 counties have rates above U.S. average, according to a recent Ohio University study. Moreover, unemployment is associated with depression, and Ohio’s unemployment rate is at one of the highest rates in a century.

The U.S. overall spent 20 percent more on mental health per capita than Ohio in 2013. Ohio ranked 25 in the country. That’s from a study by the respected Kaiser Family Foundation. Studies by special interest groups since then suggest that Ohio ranks high for the percentage of people needing and having access to mental health services, but meanwhile there was a drop in spending.

U.S. News and World Reports ranks Ohio second for affordability, but the study examines only homeownership. One-third of the homes in the state are rental properties, and in cities such as Cleveland, Columbus and Toledo, rentals are the majority.

A Business Insider study showed Ohio is 10th-most expensive for rent, and the EvictionLab at Princeton University places Akron, Dayton, Toledo, Cincinnati, Columbus and Cleveland in the top 53 major cities for eviction rates.

This was a primary concern in Your Voice Ohio conversations in cities where many residents live below the state median household income. The largest complaint was access to healthy food as opposed to canned, high-salt products that imperil quality of life and increase health-care costs.

A 2017 Ohio State University Center for Public Health Practice study concluded that the state ranks 45 for reliable, daily access to food, with 16 percent of the population in food-insecure households.

Ohio ranks 22nd for its high school graduation rate and is below the national average for enrollment in early education programs, according to a Gannett newspapers study. Early education is considered to be one of the most important factors in school success.

Ohio lags the nation for college education, often attributed to the fact that manufacturing workers could earn meaningful wages with benefits with no more than a high school diploma.

While 32 percent of U.S. adults have at least a four-year college degree, only 28 percent of Ohioans have a degree.

The Education Law Center analyzed multiple factors to determine that Ohio spends $990 above the U.S. per-pupil average for k-12 education, does an excellent job of distributing the money equitably, but gives the state only a C for funding effort.

Ohio had the fourth-largest gap between white and Black students on the National Assessment of Education Progress eighth-grade math test. However, Ohio overall outperforms the U.S.

Ohio ranks 16th-highest for in-state tuition and fees at four-year colleges, according to the College Board.

And Ohio ranked 15th in 2016 for college-loan defaults, according to a MoneyWise magazine analysis of the latest data from the U.S. Department of Education.

Ohio’s violent crime rate has declined for the last several years, including 5.5 percent in 2018, according to a recent Gannett Newspapers study. The state ranks 35th for violent crime.

Black people are incarcerated in Ohio at a rate five times that of whites, and Ohio ranks 17th for its incarceration rate of Black males -- one in every 22 -- according to The Sentencing Project.

Ohio ranks 39th in overall quality of life, according to the World Population Review. For access to health care, the state ranks 35th.

The state is 18th-best for the percentage of people with health-care coverage. A Gannett Newspapers analysis, which shows Ohio with the 10th-shortest life expectancy, ranks the state 39th for quality of life.

For other rankings from the Centers for Disease Control:

— About the project: Your Voice Ohio is the largest sustained, statewide media collaborative in the nation. Launched nearly five years ago, more than 60 news outlets have participated in unique, community-focused coverage of elections, addiction, racial equity, the economy and housing. Nearly 1,300 Ohioans have engaged with more than 100 journalists in dozens of urban, rural, and suburban communities across the state. Over and over again, Ohioans have helped journalists understand their perspectives and experiences while sharing ideas to strengthen their local communities and the state. The Democracy Fund, John S. and James L. Knight Foundation, and Facebook are the primary funders of Your Voice Ohio. To learn more about Your Voice Ohio visit www.yourvoiceohio.org. To learn more about the Jefferson Center visit www.jefferson-center.org.

— Doug Oplinger was a journalist at the Akron Beacon Journal for 46 years, leaving as managing editor in 2017 to manage and edit the media portion of the Your Voice Ohio project. The Jefferson Center is a non-profit, nonpartisan organization based in St. Paul with a 50-year history in community engagement and research, the past eight years in work with the Beacon Journal and the Bliss Institute of Applied Politics at the University of Akron. He can be emailed at doplinger@yourvoiceohio.org