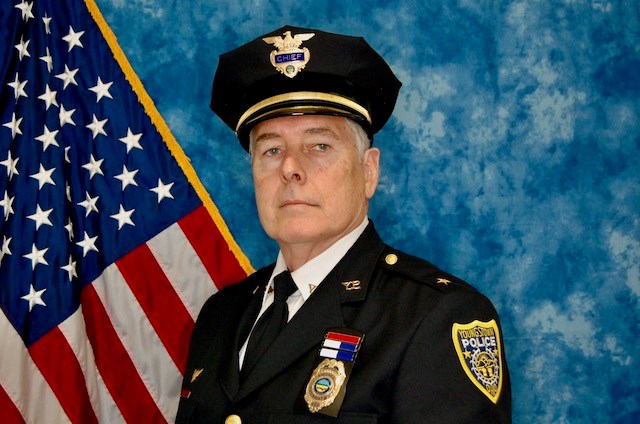 YOUNGSTOWN — Youngstown Police Chief Robin Lees said the department is doing what it can to work through a spike in violent crime in Youngstown.

But he's been quick to note that the issues are complex, and easy answers are fleeting, especially amid a pandemic.

In 2019, there were 20 homicides in the city. So far this year, there have been 24. Lees has resigned himself to expect that number will rise in coming weeks.

“We’ve still got two months to go,” Lees said. “The chances of us getting through the last two months of the year not having one is probably not likely.”

Youngstown has seen a 27 percent increase in homicides so far this year, Lees said. Other cities in Ohio have reported similar increases, including Akron, Cleveland and Canton.

Mayor Jamael Tito Brown thinks the Youngstown Police Department is doing a great job right now, considering the pandemic and the civil unrest toward police officers across the country.

“I think Youngstown, as a department, we're leading from the front,” Brown said. “Our narrative is a little different than the national narrative.”

Across the country, there were increases in violent crime in 2020. The FBI reported a 15 percent increase in murder nationally so far this year, according to The New York Times. According to CNN, there is no specific reason for the increase in violent crimes, but some factors include the nation dealing with several public safety crises, such as the pandemic and lack of confidence in law enforcement.

Protests against police brutality bloomed across the country after George Floyd, a Black man, died in police custody in Minneapolis on Memorial Day. Former police officer Derek Chauvin knelt on Floyd's neck for 8 minutes and 46 seconds after he was already handcuffed and lying face down on the ground.

Lees told the safety committee last week that there are several factors to the increase in crimes, including “COVID aggression” which is being used to describe people experiencing restlessness because of the pandemic. And he admitted officers might not be as proactive due to the national climate and criticism of the police.

And then there is the falloff of programs the city has routinely used to supplement the daily work of the police department.

When there was a spike in crime in Youngstown at the end of 2018, the department worked with state and federal law enforcement programs to help reduce crime in 2019, Lee said. The collaboration was expected to continue in 2020, but many programs have been put on hold due to the pandemic.

“Our men and women get out there and do the job every day,” Brown said. “The problem is some of our partners [have] scaled-back due to this pandemic.”

Before the pandemic, Brown and Lees worked with Gov. Mike DeWine and his staff on several initiatives including legislation against gun violence, more patrol intervention and federal prosecution for some gun violence cases. Lees also testified before a legislative subcommittee on enhanced gun penalities.

DeWine has been calling for action against gun violence with Senate Bill 221, or the Strong Ohio bill. The bill would create more legal restrictions on who can buy a gun, increase penalties for having or selling guns illegally and creates a voluntary background check system for private gun sales. In his twice-weekly coronavirus updates, DeWine continues to push for the bill to be passed.

Again, COVID-19 has slowed these efforts down as members of DeWine’s staff have been diverted to focus on pandemic issues.

“We’re just facing these continuing challenges trying to work in a pandemic,” Lees said, noting it is not clear when federal and state efforts will return.

The meeting gave community members the chance to share their concerns on some of the bigger problems the city faces including crime. Community members were also told how they can work with city council members to create change.

“What you need is the citizens of Youngstown to cry out basically for what they want, what they feel they need and that’s what they did at that meeting Saturday,” Oliver said, adding he thought the meeting concluded that crime was more of a community issue rather than a problem that can be solved through legislation or law enforcement.

Councilwoman Anita Davis said she is concerned about the increase in crime and has heard from people living in the 6th Ward who are concerned about a perceived lack of police visibility. Though the police are patrolling, people might not always see them, Davis said.

“We still want police in our neighborhoods patrolling, being visible and taking an active approach ... they just have to do it carefully,” Davis said, noting they have to be mindful in a pandemic.

Lees said the department is continuing to do what it can to reduce crime while working through the pandemic.

A new mentoring program was created at the beginning of October for youth in the city to have them find other outlets and develop skills instead of them having nothing to do, Lees said.

The Community Initiative to Reduce Violence partnered with the city, YSU, Big Brothers Big Sisters of Mahoning Valley, My Brother’s Keeper and Youngstown City Schools to create a mentoring program that will match youths in the city with a student-athlete mentor.

CIRV also does multiple programs throughout the year that also continuing during the pandemic. Some programs include getting a valid driver’s license, job training and employment opportunities, spiritual support and several others.

Brown said the department is trying to find the best way to move forward through COVID-19 and is looking to have the community help.

“If you see something, say something,” Brown said.”It can't just be the police. It just can't be the mayor, but it also has to be the community coming out and helping.”