Youngstown State administrators said they're holding the line on spending to correct a nearly $9 million deficit, but faculty members said they aren't getting the tools they need.
0
Dec 9, 2019 6:00 AM By: Justin Dennis 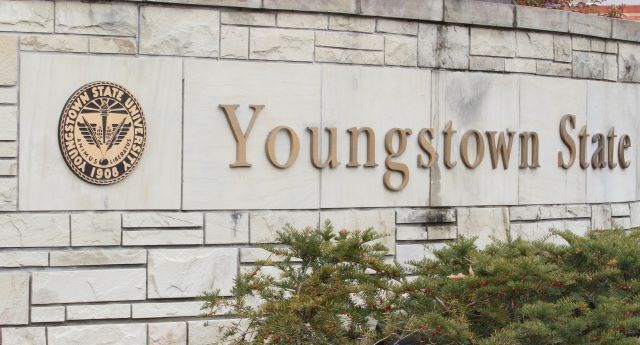 As student newspaper The Jambar reported last month, the university’s latest budget gives administrators the power to spend the centrally collected fees as needed “to further optimize the use of all available resources,” according to the budget document.

“This will include the notion of holding back distributions pending demonstrated accomplishments aligned with university priorities,” the budget summary states.

That means academic department heads — many of whom have said they depend heavily on the fees  — are now required to explicitly detail how they’ll use the fees.

The Jambar reported Nov. 21 the university has disbursed about 63 percent of the fee revenue collected this year. The university budgeted $3.9 million in fees for 2020 — a small portion of the university's $163 million budget.

YSU Provost Brien Smith, hired in April 2019, assured Academic Senate members at a Wednesday Senate meeting that the remaining fee revenue hasn't been spent on anything else and that at least two deans representing a handful of department chairs had already received disbursements to cover shortfalls.

But the process for routinely requesting equipment disbursements is painstaking and isn’t guaranteed, some Academic Senate members who had their requests denied said Wednesday.

Joe Mistovich, health professions department chairman, said that with a cumulative 18 percent in cuts to academic operational budgets over the last three years and the recent loss of capital equipment funds from the state, the student fees have become “the lifeblood” of academic departments and the only way they can afford capital expenses. Some faculty told him they waited on requisitions for supplies for “weeks.”

“The chairs were never asked how this cut would impact the education of the students. … We were never even told the funding was cut” until after the university trustees' July 2019 budget meeting, Mistovich said.

Senate member Danyelle Weidow, a student government representative, said she’s concerned about the number of students she sees leave the university each semester “because we’re not implementing the money to the teachers.”

Smith told the Senate Wednesday that university enrollment is down by about 400 students, which adds up to an about $4 million revenue drop. Fall enrollment is looking worse than expected, administrators said, and the 2020 budget expects year-end enrollment to stagnate.

The university’s new student fee spending powers are part of a strategic plan to right an operating budget deficit that The Jambar reported is projected at $8.9 million. YSU projected a $10 million deficit in 2015, according to Vindicator archives.

Operational budget controls and a hiring freeze on 72 full-time positions will save $4.9 million in 2020 to counteract the projected deficit, according to the budget.

The university eliminated 51 total positions for the 2015 fiscal year — seven of which were faculty members — and Neal McNally, YSU’s vice president of finance and operations, said last week that the goal now is to stave off future cuts.

During a trustees meeting held just before Wednesday's Senate meeting, he said though the university has raised salaries “for almost every employee,” total wage spending is flat.

“This is the effect of having held the line on hiring … which was part of our original budgeting plan from the outset,” he said. “With fall enrollment compounding an already tight budget, I think the need for controlled spending is even greater now.

“The trick now is to continue this level of administrative discipline for the remainder of the year.”

“This decision was made without consultation, to my knowledge,” he told the trustees board Wednesday. “And it’s not a good thing. You can’t surprise people.

“I’ve talked to most of the chairs on campus. If each and every one of them had known this was a fiscal problem, they would have agreed to it,” Cooper continued. “I think it’s an issue of mis- or no communication … I know it’s nothing evil. It’s nothing intended to cause problems.”

The Senate on Wednesday passed a resolution to request more spending transparency from administrators.

A separate vote to ask that the fee revenue be returned to the respective departments was requested late in the session after many members had left and was not taken because there was no longer a quorum.

Trumbull County reports second COVID-19 death
Mar 27, 2020 6:00 PM
Comments
We welcome your feedback and encourage you to share your thoughts on this story. We ask that you be respectful of others and their points of view, refrain from personal attacks and stay on topic. To learn about our commenting policies and how we moderate, please read our Community Guidelines.