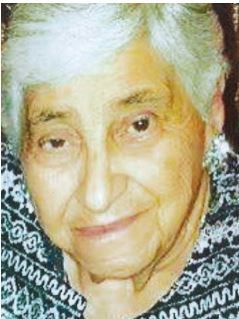 Antonette “Toni” YiaYia McNally, 88, of Warren, entered eternal life on Saturday, January 11, 2020 at 10:15 a.m. in her home with her family by her side under the comforting care of hospice.

Toni was born March 14, 1931 in Warren the daughter of the late Antis and Eva Condelas Graham and was a lifelong area resident.

Toni was a member of St. Demetrios Hellenic Greek Orthodox Church, where she sang in choir and belonged to the Yiasou Club, Philoptochos Society of the church, AHEPA club and was involved for the last six years with the Community Dinners held at the church.  She enjoyed the challenges of crossword puzzles, doing word searches and cross stitch and most of all spending time with her grandchildren.

Besides her parents, and husband James, Toni was preceded in death by a granddaughter Brandy “BJ” Joseph and three brothers Gust, Michael and Steve Graham and a sister Clara Johnson.

In lieu of flowers, contributions may be made in Toni’s name to Hospice of the Valley, 979 Tibbetts Wick Road Suite A, Girard, Ohio 44420 or to the Community Dinner’s c/o St. Demetrios Hellenic Greek Orthodox Church, 429 High Street NE, Warren, Ohio 44481.