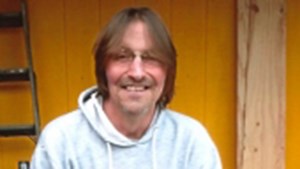 He was a 1982 graduate of Howland High School. He was a very proud member of the US Marines. He was a fan of NASCAR, especially followed Mark Martin, and diehard Cleveland Browns fan. He worked as an auto mechanic for many years at various area dealerships. He was a member of the dart team at Yellow Dog Saloon & Grill. But especially he will be remembered for his kind and loving heart, willing to help all and his portrayal of Batman.

He brought joy to many at parties, hospitals, fundraisers, and was a volunteer of the Santa Hide-A-Way Hollow.

Barry is survived by his mother Charlotte; his children, daughter Heather Bulford and her companion Chris Dickson of Niles, son, Chad Bulford and his girlfriend Angel Garces of Cortland, daughter, Lauren Bulford of Cortland, and stepdaughter, Lindsey Double and her fiancé Josh Manners of Cortland; sister Debby (Rick) Smith of Fredonia, PA; brothers, Don (Joyce) Bulford of Alabaster, AL, Rick (Cheryl) Bulford of Howland, and Randy Bulford of Howland; and many nieces, nephews, cousins, aunts, great nieces, and great nephews. He is also survived by Heather’s mother and his ex-wife, Stacey Jensen and Chad and Lauren’s mother and former companion Jennetta Double, many friends, and fellow Marines. He will be truly missed by all, but now he is home with Jesus.

He was preceded in death by his father Donald, and a special couple, Bill and (Gladys) Root, who called him Bear and were his babysitters for many years and took him many places in the US when he was little; especially Mount Rushmore that he always called them the men on the mountain.

Family and friends may visit from 5-7:00PM on Monday March 9, 2020 at Lane Family Funeral Homes Roberts-Clark Chapel located at 180 Garfield Dr. NE in Warren and from 10-11:00AM on Tuesday March, 10, 2020 at the funeral home with services to follow at 11:00AM.
Private burial will take place after cremation.

In lieu of flowers, memorial contributions can be made to Santas Hide-A-Way Hollow in Middlefield, OH.