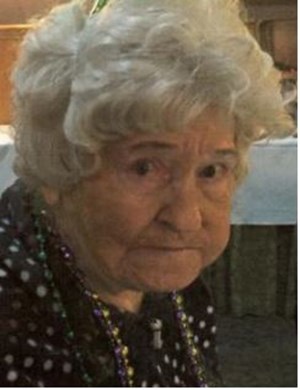 She was born the daughter of Roland and Elizabeth (Klitz) Leipply, on June 22, 1929, in Petersburg, Ohio,

Betty and David Zigler were united in marriage on August 29, 1957.

She worked at Sajar Plastics for 17 years, retiring in 1992.

Cherished memories of Betty will be carried on by her daughter Sherrie Smith of Warren, sons Joseph Zigler, Daniel and Kristine Zigler, both of Newton Falls, Timothy and Rhonda Zigler of Darbydale, Ohio, grandchildren David, Rebekah, Rachel, David Jr, and great grandchildren Dominic and Gianna.

Friends and family may call at the Bernard P. Borowski Memorial Home on Monday, March 9 from 9 – 11 AM where services will be held at 11 AM with Rodney Mullins officiating.

Betty will be laid to rest next to her husband at the Newton Township Cemetery.