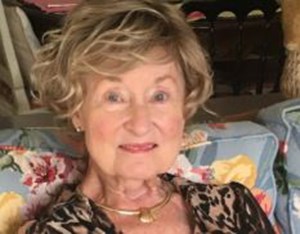 Carole Ann Conti, formally of Boardman, passed away peacefully at home with her husband William at her side on the morning of March 3, 2020 following a six-month battle with cancer. She was 78 years old.

She and William A. were married on May 1, 1976 at St. John’s Episcopal Church in downtown Youngstown. They moved into Forest Glen Estates shortly after, where they raised one son, Brian Jeffrey.

Carole lived a life dedicated to the education of young children and exhibited kindness and selflessness towards everyone she knew. Her laugh was infectious to all those around her and her endearing presence was a testament to her friendships, many of which transcended decades. In her spare time, she was an avid reader, enjoyed spending time with her little Westie dog Lily and loved working through Sudoku puzzles.

She is survived by her husband William of nearly 44 years, along with her son Brian, daughter-in-law Elizabeth and her grandchildren Aidan Bruce and Audrey Elizabeth of Bainbridge Island, WA. She also leaves behind her brothers Eric Vimmerstedt of Tuscon, AZ, David Vimmerstedt of Phoenix, AZ and sister Susan of Scottsboro, AL, as well as nephews Matt, Tim, Adam, John-Michael, Jon and Danny and nieces Kristen, Shawna and Carlene. Carole was preceded in death by her younger siblings Mariellen and James Lawrence.

The family would like to sincerely thank the staff at Caprice Health Care Center of North Lima, Mercy Health of Boardman and Youngstown, Southwoods of Boardman, Briarfield Manor of Austintown, Crossroads and Hospice for their dedicated care and concern throughout her illness. Calling hours will be held for Carole at St. John’s Episcopal Church on March 28, 2020 at 9:30am, followed by a Mass celebrating Carole’s life at 11:00am. We ask that any material tributes to her name be sent to the Rich Center for Autism at http://richcenter.ysu.edu.