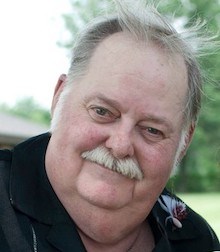 SHALERSVILLE — Clifford Harvey Rice passed away on Wednesday, May 20.

He was born July 16, 1947 to Wendell LaRue and Geral Dean Juanita Rice of Shalersville.

He attended Crestwood High School in Mantua until enlisting in the Army in 1965.

Cliff served two tours of duty in Vietnam between 1967-69 as a combat engineer and heavy equipment operator.

After his service, he married Shirley Rice (Agrast), his beloved wife of 43 years. They were lifelong residents of Shalersville and had one son, Daniel Harvey Rice.

Cliff had a wide range of skills, hobbies and interests. He worked as a machinist for 40 years before retiring in 2010.

His favorite hobbies were woodworking and model building. He also enjoyed fishing, riding four-wheelers and camping.

Cliff loved animals and doted on and spoiled his Grand-dog Lola. He was also known to “adopt” local wildlife and could often be found feeding and enjoying his backyard friends ranging from birds, to possums, to a rag-tag band of racoons.

Most of all, he loved his family and spending time with them, usually outdoors.

He will be missed by all who knew and loved him. They will remember him most for his wit, wisdom, and legendary stubbornness.

Cliff will be interred at Ohio Western Reserve National Cemetery with military honors, and a celebration of life will be held on a not-yet-determined future date when it is safe for family and friends to gather.