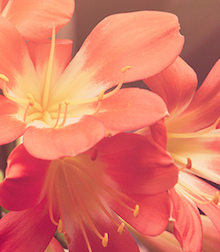 WARREN — Connie Evon Petrocco, 65, passed away quietly at home on April 8 after an extended illness.

Connie was a graduate of Philip Barbour High School in Philippi, W. Va.

She worked toward her degree in respiratory therapy while working at Alderson-Broaddus Hospital, also in Philippi.

Following her career in respiratory therapy, she sought to achieve one of her life-long dreams of becoming a police officer. She attended the Western Reserve Police Academy, where after graduation, became an auxiliary police officer for the Cortland Police Department.

Her loved ones say that she never fully gave up on her “inner detective,” by keeping her love for police work alive through watching police and detective TV shows.

She married the love of her life, Anthony “Tony” Petrocco III of Cortland, on March 9, 1981, in Daytona Beach, Fla. The two motorcycle enthusiasts had a spontaneous wedding during Daytona Bike Week, with their cousin, Anna Blosic and life-long friend, Ric Prince as the only ones in attendance.

She is survived by her husband, Tony; her two children, Tessa E. (Michael) Wilson of Reynoldsburg and Anthony Petrocco IV of Cortland; and her mother-in-law, Laura M. Petrocco of Cortland.

Preceding Connie in death were her parents and her father-in-law, Anthony Petrocco, Jr.