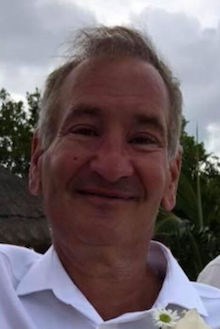 Daniel was an animal nutritionist. He enjoyed spending time on the family farm and was part founder/owner of Cows Come First.

He was a member of the Leetonia Mennonite Church, where he dominated in the church softball league. Daniel was an avid sports fan. He enjoyed all Ohio sports, especially Ohio State and Cleveland Browns football.

He was a diehard South Range Raiders football fan, even years after his sons played.

Daniel enjoyed being with his family, spending time at Kentucky Lake and his dream house in Mexico, where he enjoyed watching the ocean.

Daniel is survived by his wife, Priscilla Thompson Kurtz, whom he married on March 26, 1988; a daughter, Britney (Josh) Baird of Salem; sons Dalton (Devin) Kurtz of Bluffton, S.C., and Cody Kurtz of Salem; his father Edgar Kurtz of Salem; sisters Sherri (Dean) Goodwin of Charleston, S.C., and Linda (Mark) Witmer of Columbiana; and many nieces and nephews

He was preceded in death by his mother, Lola Ann Kurtz.

The family will receive friends on Sunday (Nov. 1) from 5 to 8 p.m. and on Monday (Nov. 2) from 9 to 11 a.m. at the Woods-Rettig Funeral Home, Leetonia. Due to the COVID-19 pandemic, social distancing guidelines will be followed and masks will be required.

A private funeral ceremony will be held at the Leetonia Mennonite Church with pastor Phil Slabaugh officiating. Burial will take place at Midway Mennonite Cemetery, Columbiana.

In lieu of flowers memorial donations may be made to The ALS Association Northern Ohio Chapter, 6155 Rockside Road, Suite 403, Independence Ohio 44131.