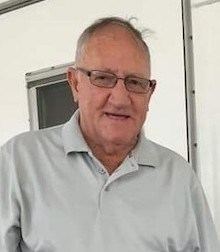 He was in Hospice care after a battle with cancer.

He graduated in 1952 from Masontown High School.

Denzil began and ended his career at Packard Electric.

Denzil was an avid hunter of turkey and deer all of his life and had many adventures at the farm in West Virginia.

He loved to golf all year long in Warren and his winter home in Florida, and was in multiple golf leagues and a traveling golf league.

He was a member of McKinley Community Church, the Masonic Lodge and IOOF.

Denzil traveled extensively throughout the world with his high school sweetheart and wife of 65 years, Virginia Taylor. She preceded Denzil in death 11 months ago. They enjoyed spending quality time with their children and grandchildren.

Denzil also was preceded in death by his parents, a brother and a sister.

A memorial service will be held on Nov. 30 at 2 p.m. at McKinley Community Church, 1524 Elm Road, Warren for Denzil and Virginia. Visit www.oakmeadowcremation.com to send condolences to the family.

Masks and social distancing will be observed. A livestream of the memorial service will be available — ask the family for more information.

As suggested by his family, memorial contributions may be made to Buckeye Hospice and Palliative Care, 3379 S. Main Street Suites A & B, Mineral Ridge Ohio 44440.

To send flowers to the family or plant a tree in memory of Denzil F. Taylor, visit our Heartfelt Sympathies Store.