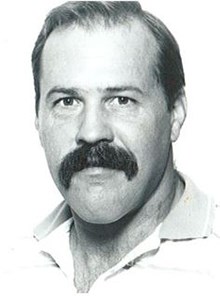 He was born on Thursday, December 24, 1953 in Warren the son of Donald D. Sr. and Avelyn Lowry and was a lifelong area resident.

Don was a 1972 graduate of Warren G. Harding High School and had an early passion for sports.  He was a proud member of the 1971 State Championship football team.  Along with his dad, Don was a lifelong golfer.  He had a golf club in his hand almost from the moment he could walk.  Don played on the Harding team, and also for Youngstown State University.  Some of his happiest memories were at Avalon Golf course with his friends.

Don’s work as a carpenter took him to Houston, Texas, Orlando, Florida, and Pittsburgh, Pennsylvania.  He worked on large construction projects and enjoyed talking about the amazing buildings he was lucky enough to build.  But Don, especially enjoyed taking the old and making it new.  He put his carpentry skills to good use when he moved back to Warren to be closer to his family.  He renovated three homes, including his childhood home where his mother still resides.

Preceding Don in death was his fathter Donald D. Lowry Sr. and his brother-in-law William Kingsbery.

A Private Family Service was held on Tuesday, February 23, 2021 at 10:00 a.m. with Rev. Dr. David Black officiating in the Staton-Borowski Funeral Home.

Burial was held in Pineview Memorial Park in Warren.

Charitable Remembrances may be made to the Salvation Army in Don’s name.