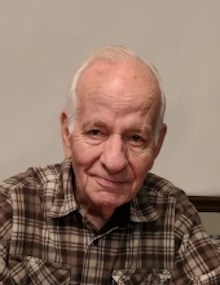 Born Feb.16, 1936 in Mineral Ridge, Don was the son of Thomas and Mildred (Chambers) Whittaker.

Prior to retirement, Don was a truck driver for Williams Trucking and Pam Transport.

As a young man, he loved coaching his sons’ baseball teams.

Don enjoyed playing pool, fishing, camping  and traveling with his wife and family.

In addition to his parents, Don was preceded in death by his son, Donald L. Whittaker; and his siblings Thomas Whittaker, Betty Whittaker, Ralph Whittaker, Glen Whittaker and Georgetta Leonhart.

The family will receive relatives and friends Monday (June 14) from 5 to 7 p.m. at Lane Funeral Home, Mineral Ridge Chapel and Tuesday (June 15) from 10 to 11 a.m. A funeral service will be held June 15 at 11 a.m. with Pastor Ron Blakeman officiating.

To send flowers to the family of Donald "Don" Whittaker, visit our Tribute Store.