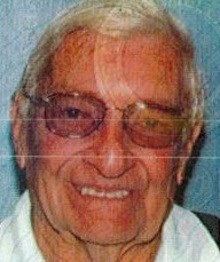 NEW SPRINGFIELD — A public graveside service for family and friends is scheduled for August 12 at 10 a.m. at Forest Lawn Cemetery for Donald K. Rosensteel, 84, who passed away on April 15 at Ivy Woods Healthcare and Rehabilitation Center.

Don was born on Aug. 7, 1935 in Youngstown, a son of the late Milford and Clara Burand Rosenteel.

Raised in Struthers, Don was a graduate of Struthers High School.

He proudly served in the United States Army from 1958 until 1960 and after being honorably discharged returned to the area.

He owned and operated All-Brite Sign Company, Inc., in New Springfield for 25 years and retired in 2004.

An outdoorsman, Don enjoyed hunting and fishing. He was a member of Bethel Friends Church in Poland.

In addition to his parents, Don was preceded in death by his son, Scott Rosensteel; brother, Tim Rosensteel; stepbrother Jon "Jack" Walters; and stepsister Kathy Watson.

Due to the pandemic, Don was privately interred on April 17 at Forest Lawn Cemetery.

Contributions in Don's memory may be made to Smile Train, www.smiletrain.org or to Bethel Friends Church, 2772 Spitler Road, Poland Ohio 44514.

To send flowers to the family or plant a tree in memory of Donald K. Rosensteel, visit our floral store.