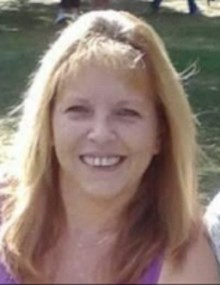 She came to this area as a child.

She worked for Niles City Schools for 20 years as a bus driver and most recently a custodian.

She loved the beach and looked forward to spending time with her grandchildren and attending all of their events.

In addition to her mother, Ruby Whittaker of Howland, she leaves her husband, Thomas J. Houser, whom she married July 30, 1983; her daughter, Melanie (Rashawnda Pixley) Houser of Mineral Ridge; her son, T.J. (Lisa) Houser of Savannah, Ga.; grandchildren Alivia, Devin, Cody and Sam.; her twin brother, Donald Wilcox of Howland; a sister, Tracy Wilcox of Howland; and several nieces, nephews, great-nieces and great-nephews.

In addition to her father, Donna was preceded in death by a brother, Billy Redmond.

There will be no funeral services per Donna’s wishes. A Celebration of Life service will be planned for a later date.

In lieu of flowers, donations can be made to the family to offset funeral expenses.

To send flowers to the family of Donna Houser, visit our Tribute Store.