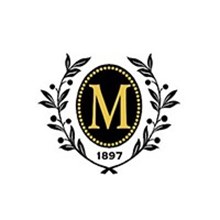 Mrs. Nych was born February 27, 1926, in Farrell, a daughter of Joseph and Helen (Mihalcin) Milich.  She attended elementary school in a one-room school house in Greenfield, and later graduated from Farrell High School in 1943.

Prior to her marriage, Dorothy worked at the former Sharon Transformer Div. of the Westinghouse Electric Corp.

Dorothy was a member of Lebanon Presbyterian Church, West Middlesex.

An exceptional cook, she enjoyed reading cookbooks and sharing recipes. Dorothy loved spending time with her family, whether it be in person or enjoying long conversations via telephone.

In addition to her parents and her husband, Dorothy was preceded in death by a daughter, Judy Nych; a grandson, Jimmy O’Brien; a sister, Stella Milich; and two brothers, Raymond and William Milich.

The family would like to thank all personnel at St. John XXIII Home for their loving care, especially Phyllis Madasz.

In keeping with her wishes, there will be no calling hours or funeral service.