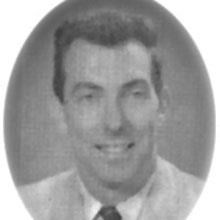 A proud veteran, Edward served in the U.S. Army during WWII. He served in the European Theatre, spending the majority of his service time in Germany and Switzerland.

For many years, Edward was Vice President of sales at the former Johnson Bronze Co., New Castle, retiring upon the plants closing. He then owned and operated E.J.O. Industrial Sales, a private wholesale company, retiring in the early 1990’s.

He was also a member of the former New Castle Country Club, where he was an avid golfer and enjoyed spending time with close friends.

Edward's granddaughter, Caitlan Corbisello, passed away unexpectedly, January 9, 2021, just one day after the passing of her grandfather.

In addition to his wife and parents, Edward was preceded in death by a sister, Delores Watkins.

Due to health and safety concerns presented by the Covid-19 virus, his Memorial Mass will be postponed to a later date. Online condolences may be sent to the family at www.McGonigleFuneralHomeandCrematory.com.