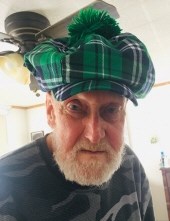 Ed was born April 17, 1942 in Youngstown the son of Thomas and Marjorie (Hoover) Chiles and was a lifelong area resident. He was a graduate of Lordstown High School and retired in 2006 from Republic Steel where he had been a Machinic / Welder. Ed was a U.S. Navy Veteran and was a Baptist by faith. He was a member of the North Jackson Masonic Lodge where he was named the Master Mason of the Year, the Lordstown SCOPE, and had served on the Lordstown School Board.

Ed was also a foster parent. He had a love for high school basketball and would attend and support many of the local teams. His hobbies included wood carving, hunting, fishing and cooking. His wife the former Patricia Woods, whom he married February 28, 1963, passed away January 7, 2006. Ed leaves three children, Thomas (Michelle) Chiles of Lordstown, Terri (Steve) Sunstom of New Braunfels, TX, and Sarah (Jeff) Husk of Youngstown, as well as seven grandchildren, Nicholas, Madison, Tatiana, Thomas, Noah, Jordan, and Aurora. Besides his wife and parents, Ed was preceded in death by a brother Harry Chiles.

Friends may call from 5 to 7 PM January 14th and again from 10:30 to 11 AM on Wednesday January 15th at the Lane Funeral Home, Austintown Chapel where services will be held at 11 AM.