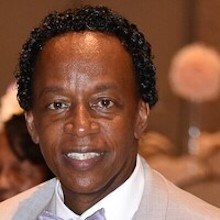 He graduated in 1975 from Warren G. Harding High School.

Elder Battee was employed with General Electric Ohio Lamp Plant for 27 years as a mechanic, before retiring.

He was a member of the Bethesda Church of the Living God, where he was the pastor for 33 years.

He was also the Church of the Living God District Elder for Akron, Warren and Pittsburgh.

In addition to his loving wife of Girard, he leaves to mourn daughters Mrs. Shakari (Adrian) Washington of Arlington, Texas, Mrs. Michelle (Kevin) Mercer of Austin, Texas, and Ms. Adrianne Battee of Warren; his mother, Ms. Betty Battee of Warren; brothers Keith Battee and Ivan Battee, both of Warren, and Anthony (Talera) Battee of Howland; sisters Ms. Lynette Dotson and Ms. Rose Taylor, both of Warren; one granddaughter, Lania Whitlock of Austin, Texas; and a host of relatives and friends.

He was preceded in death by his father.

Funeral services will be held on Tuesday (Aug. 4) at 11 a.m. at the St. James Church of God in Christ, with calling hours held one hour prior to the service. Burial will take place at Pineview Memorial Park Cemetery. Masks are required and social distancing will be upheld.

Cards and condolences may be sent to 34 Shawnee Drive, Girard Ohio 44420.

Arrangements are being handled by the Sterling-McCullough Williams Funeral Home.