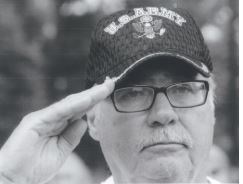 He was born February 25, 1946, in Warren, Ohio the son of the late Angelo “Sparky” and Nancy Shiamone.

Gene was a 1964 graduate of Warren G. Harding High School. He retired in 2000 from Lordstown General Motors Assembly Plant as an assembler on the transmission line after 30 years. He previously worked at Van Huffle Tube and Warren City Water Department. He was a member of St. Mary’s Church in Warren, and the Trumbull County Rod & Gun Club. Gene enjoyed gardening, hunting, fishing, reading, pizza maker, traveling especially to Florida, was very good mechanically and could fix anything.

He is preceded in death by his parents and a sister Arlene Frasca.

Entombment will be in All Souls Cemetery in Bazetta.