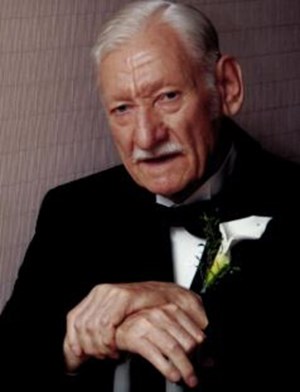 Salem – George A. Cackovic, 87 of Salem passed away to his heavenly home while his family was praying the Divine Mercy chaplet for him on Thursday afternoon, March 5th, 2020.

George will always be remembered and loved by his family and friends for his generosity, strong faith in God and being a patriarch for his family.

He was born March 23, 1932 in Turtle Creek, Pennsylvania, the son of George and Agnes (Rogina) Cackovic. George moved to California and then returned to Ohio where he resided until his passing.

George was a graduate of Turtle Creek High School and worked for General Motors, Lordstown for over 38 years in the maintenance department as a painter until his retirement in 1996.

George was a proud United States Navy Veteran serving during the Korean War. He served on the USS Amphion repair ship, part of the 6th Naval District in Philadelphia, Pennsylvania. George was awarded for his service to our country the National Defense Service Medal and Good Conduct Medal and was Honorably Discharged February 26, 1955.

George was a devout Catholic and had a great devotion to the Blessed Virgin Mary, praying the Rosary and watching the EWTN Network.  He was a member of Our Lady of Mount Carmel Basilica and attended the Basilica & National Shrine of Our Lady of Lebanon. He also was a member of the UAW Local 1112 in Lordstown, a Lifetime Member of the NRA, and was a proud supporter of Donald Trump, “Keep America Great”.

George had many passions throughout his life. He enjoyed traveling the United States and abroad, holding his annual lamb roast for family and friends, fishing, hunting, smoking his pipe on his front porch, and spending time outdoors. He was also a very talented woodcarver.

His wife of 52 yrs, the former Elvera M. Sciacca, passed away April 15, 2014. He was also preceded in death by his brother, Edward Cackovic.

Per George’s request there will be no calling hours and private services will be held for family only, with a mass of Christian burial.

Arrangements have been entrusted to the professional care of the Rossi & Santucci Funeral Home, 4221 Market St., Boardman.

On behalf of George’s family they would like to give a special thanks to Dr. Robert Spratt and his staff, all caregivers with special thanks to Marcy McGuire and Michelle Walla who have been with him from the start. The Goshen Police Department for their frequent visits, and especially to Eye Care Associates for their understanding and commitment to family values for working with Mary’s schedule for the last six years that allowed many hours of needed time off to properly care for our “Poppy”.

Material contributions may be made in George’s name to the National Shrine of Our Lady of Lebanon, 2759 Lipkey Rd., North Jackson, Ohio 44451 to have masses said in his memory.