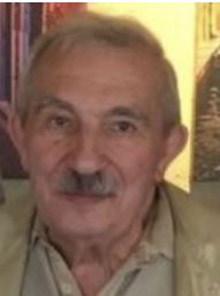 AUSTINTOWN-George Robert Basile passed away on Tuesday, September 15, 2020, at the Hospice House in Poland. He was born January 26, 1934 to Salvatore and Mary (Finelli) Basile.
George was a 1951 graduate of East High and furthered his education at Youngstown College, graduating with a Bachelor’s degree in engineering in January of 1955 and a Professional degree in engineering in January of 1964. George began his career at Youngstown Sheet and Tube. He also worked for RMI and later retired in 1999 at Copperweld Steel as Metallurgical Engineer.
An avid hunter, reader, and consumer of both morning and evening news, George was loved and respected for his honest, intelligent, and compassionate nature. He never refused to assist those who needed it and was well known for his desire to contribute in the success he saw so clearly around him. Whether this contribution was a word of encouragement or instruction, a well-prepared meal, or some muscle and sweat, it was never taken for granted and his family and friends will always remember – and miss – these selfless acts with happiness and gratitude.
Besides his parents, he is preceded in death by his wife Patricia (Putko) Basile who he married on January 29, 1955 and who died May 12, 2019.
He is survived by his children, Robert (Tamara) Basile, Karen (Jim) Best, Jeffrey (Tina) Basile, Samuel (Hebe) Basile, and Rick Basile; his sister Mary Helen Accattato; his 16 grandchildren; his 5 great grandchildren; his Uncle and dear friend Pat Finelli and his nephew George Accattato.
Friends and family may call from 12:00- 1:00 PM at Lane Family Funeral Homes-Austintown Chapel. Private services will be held. Material contributions in George’s name may be given to the Hospice House, 9803 Sharrott Road, Youngstown, Ohio 44514. The family would like to extend their appreciation to the staff at the Hospice House for their care and compassion.