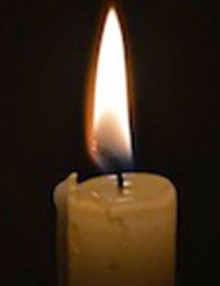 He was born on January 9, 1936 in North Lima, son of the late Edward and Evelyn Wagner Swank.

Harry attended Youngstown College from 1956 to 1958, he was Vice President in charge of operations with Dollar Savings and Trust Company and taught American Institute of Banking classes. He held a private pilots license and was a pilot for skydivers. Harry traveled extensively throughout the United States and Canada, he enjoyed archery, fishing, hunting, boating, and flying. He received a citizen’s award for law enforcement and won many archery competitions awards.

Harry is survived by his wife, Shirley Maxwell Swank, whom he married on April 15, 1959; a son, Bryan (Karen) Swank of Columbiana; Siblings, Edwynna (George) Stacy of Columbiana and Eddie (Donna) Swank of New Waterford; a sister-in-law, Nancy (Don) Roller of Missouri; grandchildren Sarah and Alyssa Swank and many nieces and nephews.

He was preceded in death by a sister and her husband, Yvonne “Bonnie” and Gene Allen, a brother-in-law and sister-in-law, Jack and Alice Maxwell, a niece Karen Maxwell, his mother-in-law, Margaret Maxwell and father-in-law James Maxwell.

Due to the Covid-19 Pandemic a private family memorial service will be held at the First Presbyterian Church, Columbiana with Pastor Fritz Nelson officiating.

Memorial donations may be made to the American Cancer Society.

Arrangements have been entrusted to the Warrick-Kummer-Rettig Funeral Home, Columbiana.