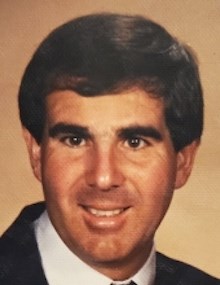 Jim was the Chief Information Officer for S.A.I.C. for 25 years, then Stanford Research Institute and Sybase, all located in California, retiring in 2013.

He was a 1965 graduate of Canfield High School, received his BA from Muskingum University and earned his Master's Degree from Ohio State University.

Jim loved spending time with his family, especially his grandchildren.

He had owned horses and enjoyed riding with his daughter, Jen, throughout the western states.

Jim was proud of being an Eagle Scout.

He was also a Mountie at the Henry Coe State Park in California.

He is survived by his daughter, Jennifer (Rob) Cox of Girard, Pa.; his brother, John (Patricia Reynolds) Swartz of Atlanta; and his grandchildren Paxton, Natasha, Caleb and Robbie.

In addition to his wife, Jim was preceded in death by his parents.

According to Jim’s wishes, there are no calling hours or services.

To send flowers to the family of James M. Swartz, visit our Tribute Store.