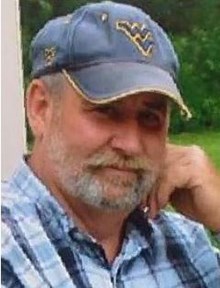 James A. Williams, 70, of Beloit passed peacefully at his favorite place to be, home, on Saturday, June 27, 2020. James was born in Morgantown West Virginia on June 24, 1950 and was raised in Berlin Center and resided in Beloit with his wife Patricia Mae (Crawford) Williams whom he married in 1970. He was a member of the Westview Church of Christ in Austintown, Ohio. He enjoyed rebuilding and painting cars; racing at Quaker City Speedway, small time farming and motorcycles. James liked sports, games and was extremely competitive. He worked for Bliss Manufacturing Company and sometimes for the family business, until an accident left him a paraplegic. Despite his paralysis, he continued tending his property, gardening, tinkering in the his garage and enjoying the company of his dog. He will be most remembered by family and friends as exceedingly hard working, his ability to repair anything and always willing to lend a helping hand.