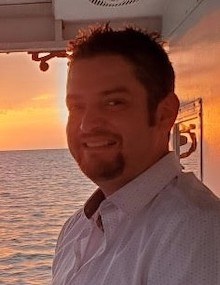 He was born in Salem and grew up in East Palestine.

He moved to Brooksville a year ago from Beverly Hills, Fla.

Jeremy was a 2002 graduate of East Palestine High School where he was on the football and track teams.

He attended the Columbus College of Art and Design and was currently a student at University of Advanced Technology in web design.

He was Catholic by faith.

He was an avid bowler and enjoyed movies, woodworking and cooking.

He was a big fan of the Ohio State Buckeyes and the Nashville Predators.

Jeremy's passing was sudden; however, his family made the decision for Jeremy to be an organ and tissue donor to be able to help other people live a better life.

He was preceded in death by his maternal grandfathers Regis Mundy and Leon Gruszecki; and his paternal grandparents, Robert and Valeria Brown.

In lieu of flowers, memorial contributions can be made to the Junior Service League of Brooksville were Jeremy volunteered: P.O. Box 936, Brooksville, Fla. 34605 or through PayPal at JSLbrooksville@gmail.com.

Or consider contributions to St. John's Church in Summitville for a garden in his name at the cemetery pavilion. The church mailing address is 271 Chestnut St., Lisbon Ohio 44432.

A Mass of Christian Burial will be held Saturday (May 1) at 11 a.m. in St. John’s Catholic Church where family and friends may call one hour prior to the service . He will be laid to rest with family in the church cemetery. Briceland Funeral Service is handling arrangements.

Expressions of sympathy may be left for his family at www.bricelandfuneralservice.com.

To send flowers to the family or plant a tree in memory of Jeremy Michael Brown, visit our floral store.