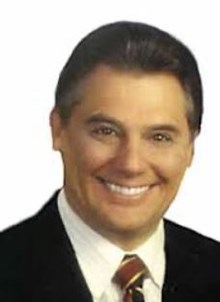 He furthered his education by attending John Carroll University and then Case Western Reserve Doctorate program.

Jack was the former owner of 10 years of Mr. P’s Café and Bakery in Boardman.  He was currently working has a broker with Remax Valley Real Estate in Boardman for the past 20 years.

You could always find Jack in the mornings and evenings riding his bike around the neighborhoods nearby his home.  He always enjoyed photography and was a baseball fan having played in the adult softball league in Warren over the years.  During his girl’s tenure in school, Jack was a softball coach for the Howland Athletic Club.  He also enjoyed skiing with his family.

Fond memories of Jack will forever be remembered by his wife of 50 years the former Barbara “Barb” J. Brennan whom he married on August 16, 1969; his two daughters Jennifer (Jonathan Morgan) Pearce of Westlake and Shannon Pearce of Chicago and by his brother Mark Pearce of Twinsburg.