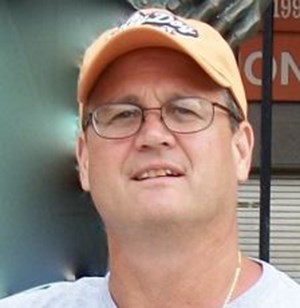 John Marshall Daugherty, 59, of Warren, died Thursday, March 19th, 2020 at the Cleveland Clinic in Cleveland after a courageous battle with cancer.

He graduated from Warren Western Reserve High School in 1979. He attended Cleveland Technical School and Community College. He was employed at Cleveland Vicon and had a long and fulfilling career in commercial construction as a project manager.

John was an avid sports fan either playing or watching, but his favorite joy was coaching his sons in baseball. He enjoyed a good laugh, a cold beer and spending time with friends and family.

He was preceded in death by his mother Mary Elizabeth “Beth” Daugherty and father-in-law Robert Fisher.

John will be greatly missed and to celebrate his life think of him with a smile.

Per John’s request in lieu of a funeral service and calling hours a celebration of life will be held at a later date- details to follow.