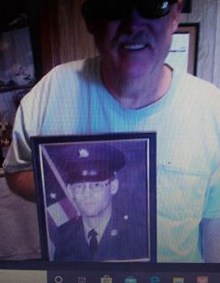 Kenny D. Fiets, 63, of Salem passed away at Mercy Medical Center, Boardman on June 28, 2020. Kenny was born on December 20,1956 in Salem, Ohio to the late Kenneth and JoAnne "Annabell' (Griffith) Fiets. Kenny was a graduate of West Branch High School and was a United Sates Army Veteran. Kenny was a Green Beret Special Forces for 10 years. He went to the Police Academy in Salem and was a member of the Salem Police Auxiliary and worked security for Taco Bell. He was a member of the Salem Amvets Post 45 and was part of the Drill Team.

Private services were held. The family requests memorial contributions be made in Kenny's honor to defer costs of final expenses at Consumers Bank in his wifes name Tammy Fiets.