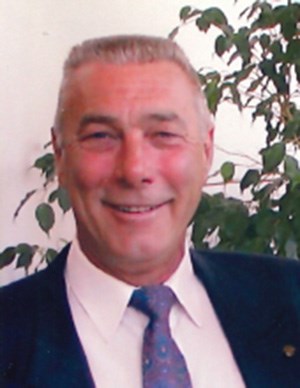 Larry was born June 7, 1948 in Salem, Ohio the son of the late Leroy C. Hull and Betty M. Barnes Hull, who survives.

Larry was a 1966 graduate of Warren G. Harding High School. Following graduation, Larry worked at Wolf’s Sunoco, Salem Stamping Sales as GM. He also owned and operated OK Welding Division. He drove truck for Warren Scrap, Haliburton, and Cortland Truck Service. In 1981, Larry owned and operated Cortland Insurance Agency providing insurance for many Cortland residents. He also was owner of Hull’s Home Improvement. He worked until his illness would not permit him to continue.

He enjoyed camping, hunting, boating, fishing and spending time with his grandchildren. Left to cherish his memory is the love of his life Donna “Darlene” Hull, whom he married on June 19, 2004. Also surviving are his daughters Tracey Hull of Champion and Michelle “Mickey” Hull of Warren; step-son Bryan Cameron of Cortland; grandchildren Aron, Melanie, Trenton, Cassidy, Bentley and one great-grandson Logan; his mother Betty Hull of Warren, two sisters, Carol Cowger of Warren and Cheryl Hull of Warren, a brother Keith (Betzy) Hull of Cortland.

Larry was preceded in death by his father and one brother Kevin Hull.

Larry’s family wishes to thank his close friends for their love and support, his nurses at Hospice House, Rebecca, Dennis, Beth, and Liz.
In lieu of flowers, memorial donations may be made to Hospice of the Valley, Care of the Hospice House, or to the charity of your choice.