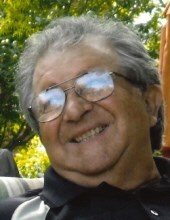 Lawrence was born August 9, 1941 in Youngstown, a son of the late Dominic and Angeline (Gatti) Patrone and was a lifelong area resident. He graduated from The Rayen High School in 1959 and received in Bachelor’s Degree from Youngstown State University in 1963. While attending YSU, Lawrence served in the U.S. Army Reserves. Lawrence was a General Manager for the J.C. Penney Company for 20 years and then became a National Buyer for the Fisher’s Big Wheel Company where he worked for over 15 years, until he retired.

He enjoyed fishing, boating and cooking. He leaves his wife, the former Patricia D. Roberts, whom he married July 11, 1964; two sons, David Patrone and Stephen Patrone both in Louisville, KY; a brother, John Patrone of Poland; a sister-in-law, Patricia Patrone of Longmont, CO and two nephews, Peter (Lucia) Patrone and Major Will Patrone. Besides his parents, Lawrence was preceded in death by a brother, Peter Patrone.

Friends may call on Saturday, February 22nd. for one hour prior to the service at the funeral home. The family requests material tributes take the form of contibutions to Hospice of the Valley, 5190 Market Street, Boardman, OH 44512.