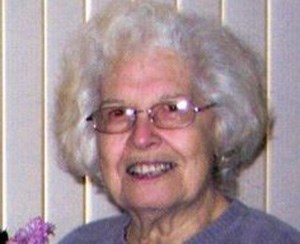 GIRARD - Maria Yanniello, 93, passed away at her home Monday morning, March 2, 2020, after a long and fulfilling life.

Maria was born Jan. 17, 1927, in Caserta, Italy, and was a daughter of the late Pete and Carmel Matarazza. She came to the United States and the Girard area in 1946 after marrying her husband.

She worked at Packard Electric for 28 years retiring in 1982.

Mrs. Yanniello was a member of St. Rose Church in Girard.

Maria loved life and loved people. The original “Uber driver” before there was even such a thing, Maria often times drove her friends around town to various appointments and functions. She was famous for her pepperoni rolls and homemade bread, and she greatly enjoyed cooking and baking. If someone was doing work at her home, Maria was feeding them. She would even joyfully bring her bread and pepperoni rolls to her doctor appointments, and pass them out to the staff.

Maria also enjoyed bowling, playing bocce at Tod Park, and crocheting. Most of all, Maria enjoyed the time she spent with her family and friends.

Interment will follow the Mass and take place at Girard Liberty Union Cemetery, where Maria will be laid to rest next to her husband.

In lieu of flowers, Maria’s family suggests memorial contributions be made to St. Rose Church, or to MVI Hospice.

Arrangements have been entrusted to Kinnick Funeral Home in Girard

Maria’s family would like to thank Kara and Lisa of MVI Hospice, as well as Dr. Gianetti, Laura, Denise, Betty Yanniello and Anthony Johntony, for the kindness shown and care given to Maria throughout her illness.