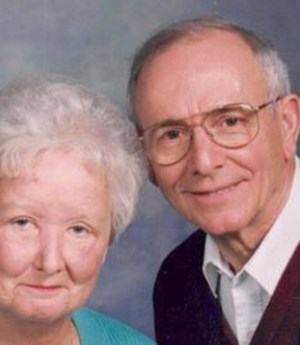 Boardman – A Funeral Service will be held at 2 pm Saturday, March 14, 2020 at Trinity Fellowship Church for Michael Dicicco, 87, who passed away Saturday evening, March 7, 2020 with his family beside him.

Michael was born November 8, 1932 in Lowellville, the son of Carl and Cecelia Rotz Dicicco.  He worked as a repair technician at Sears for almost 29 years. Michael enjoyed bowling and was proud of his skill for bowling several 300 games, as well as the Lowellville Senior Citizens group, and spending summers at Saybrooke and Geneva-on-the-Lake with his wife Marjorie.

He was preceded in death by his parents, his wife Marjorie Ann, whom he married on September 15, 1956 and who passed away September 29, 2004, and daughter Diane Ostrom, who passed away December 4, 2019.  Also, son-in-law Eric Ostrom, brothers-in-law Joseph Flora and William Schwab and sister-in-law Margaret Higgins.

Friends will be received on Saturday, March 14 from 12 to 2 pm at Trinity Fellowship Church, 4749 South Avenue, Boardman, OH.

The family would like to extend their sincere gratitude for the love and care shown to Michael by his caregiver of a year and a half, Lisa Carnahan, and by his physical therapist Gary Brown and physical therapy assistant Jodi Kratzer.  They always brought a smile to his face.