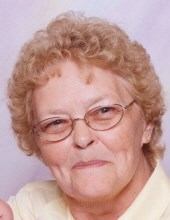 Mildred, known as “Millie” was born August 15, 1941 in Salem, a daughter of the late Henry and Lydia (Muller) Leyman and was a lifelong area resident. She graduated from Western Reserve High School and was an upholsterer for Ort Furniture in Salem for over 25 years. She enjoyed traveling, especially Caribbean cruises and was an avid bowler. Millie leaves her husband, Randall N. Reese, whom she married September 1960; a son, Randy (Sherrie) Reese of Salem; a daughter, Brenda (Ernie) Willis of Austintown; seven grandchildren; nine great-grandchildren; four brothers, Richard, Mark, Philip and Paul and six sisters, Patricia, Connie, Linda, Twila, Darlene and Deborah. Besides her parents, Millie was preceded in death by four brothers and one sister.