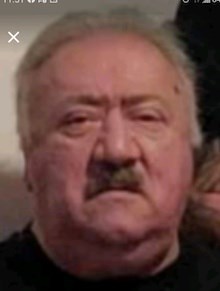 Nick was born on July 14, 1955 in Youngstown, the son of Michael G. Diamantes and Marie Graham Diamantes Geamunane.

He was a 1973 graduate of Campbell Memorial High School and served in the United States Navy aboard the USS San Diego. He received the battle efficiency award and was honorably discharged on May 28, 1979.

Nick was a member of Archangel Michael Greek Orthodox Church.

He was a painter with Clark Painting Company.

Nick enjoyed football and was an avid Cleveland Browns Fan.

Family will receive friends on Sunday (Sept. 27) from 2 to 4 p.m. in the Staton-Borowski Funeral Home in Warren. A Trisagion service with Fr. Constantine Valantasis will take place at 4:15 p.m.

Memorial Contributions for Nick may be made to the family in care of the funeral home. Condolences may be sent to www.statonborowskifuneralhome.com.

To send flowers to the family or plant a tree in memory of Nicholas M Diamantes, visit our floral store.